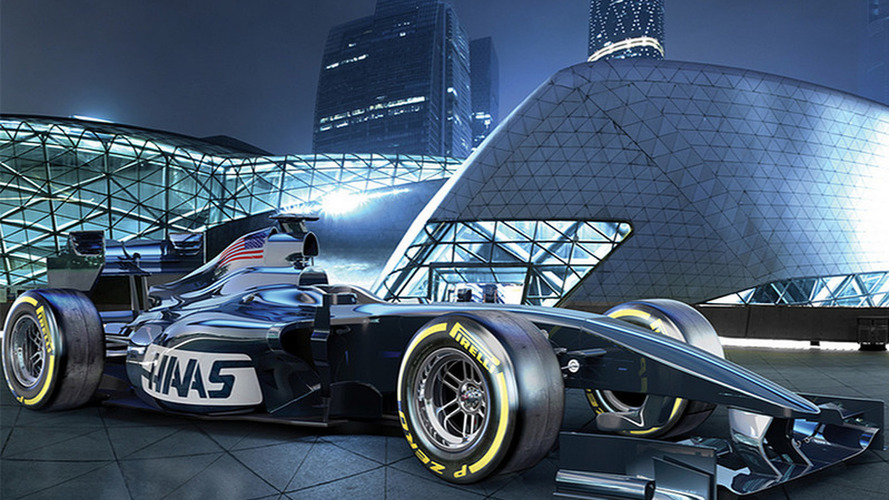 In less than four weeks' time, the new Haas Formula 1 team's car will have hit the track in Barcelona for pre-season testing as grand prix racing's newest team finally joins the ranks.

In less than four weeks' time, the new Haas Formula 1 team's car will have hit the track in Barcelona for pre-season testing as grand prix racing's newest team finally joins the ranks.

The American outfit has already generated plenty of interest – thanks to a close technical collaboration with Ferrari and the signing of two high-profile drivers in Romain Grosjean and Esteban Gutierrez.

And while F1 showed no mercy for its most-recent new entrants – with HRT and Caterham collapsing, and Manor going to the brink – those within Haas believe they have a much better chance of achieving success.

But is the talk of a challenge for points this year just rampant optimism, or is there substance behind those claims – thanks to the unique way the Haas team has put together its entry?

Jonathan Noble caught up with team principal Gunther Steiner to talk about hopes for the season ahead, what hurdles can be expected – and whether the team could offer any clues on what its new car will look like.

There is now less than a month to go before the new Haas Formula 1 car runs. How is progress going? Is everything on schedule?

"We are on schedule. Like always, there are the daily problems and daily work, but we have got all the people in place now. We have a good group of people working on it – and it is about time that we go to the race track I guess."

The new car will be launched on the morning of the first test at Barcelona. Was there no consideration for an official team launch?

"No. There will be no team launch as we don't have the time. It is just not possible to do big launches any more in my opinion, because you try to develop until the end. And everything comes at the last second.

"The days are getting longer each day – every day has a few more hours' work until you end up working 24 hours in a shift. That is what is happening, so there is no time for a big launch or anything like this."

What about a shakedown? Will it be too much of a gamble to try to get your car running on the morning of the first test in case there are any niggling problems?

"Time permitting, we may do a promotional day before for filming – but we are still working on that project, so we will see what happens."

The fans are hugely interested in your progress, and there has been a lot of talk about the colours that you will be running in 2016. After the silver and black rendering released recently, what can you say about that?

"They will get to know exactly what it looks like on February 22! I don't want to give any clues at the moment. I want to keep it a surprise for everyone."

There have been a lot of predictions that with the Ferrari help and the way you have approached your debut, that you could be a strong midfield team from the start. What potential do you see for the team?

"We have set ourselves high targets – because you always want to do well. I think now people try to talk a little bit that we are over-achieving [in our ambitions]. But I think honestly, we are aiming for points. We have to aim high to get some.

"We took our time, we invested our time in getting as prepared as we could. F1 is such a difficult business to get ready from nothing. It is not easy – even the two years we have had, it is a long time. But we worked hard in these two years. We were not sitting around for 18 months and then started to think about what to do six months ago.

"Our biggest thing is: we want to go out there and be respected by doing a good job. If that good job is finishing races, fine, but if we can pull it off and get in to the points then fantastic. I think we don't expect to be on the podium! We have clear expectations."

Will it take some time for the team to understand how F1 works operationally? It is a new team coming together, and there is a lot to learn – so will that be your biggest weakness?

"Absolutely. To make the team work as a team will be one of the our biggest, if not the biggest, task now. The car is one thing, but a car – we did a lot of work on it, but to work in the real racing environment, the team is going to do that for the first time in Australia.

"There are only eight days of testing before that in which they can work together and, although they work together in the factory, when the pressure comes on a race weekend it is always a different scenario. So, absolutely that is one of the biggest things and biggest unknowns as well: how well can we get the team working together?"

Has Romain Grosjean's assistance on this front been useful then, because he has been there, done it with a top team and knows what is needed?

"He is, but I think we will see him having much more influence once we are at the race track. That is where experienced drivers are at their best. At the moment, to make the car and all that sort of stuff, that is not what the driver is doing normally.

"Once we go testing, to be a known quantity there, and lead a little bit on what is good and bad, is where it will count. We want him to be a focal point of where we need to aim."

I guess that is why having respected drivers is essential, because it means the team cannot just blame them if things don't go right?

"Absolutely. They both have experience in big teams which helps a lot for us – and that is the main reason we took the two. They have done this before. So at least we take out unknowns.

"As I said before, the team and how they work together is an unknown. They have worked in F1 before but they need to work together absolutely.

You know how the 'Piranha Club' works in the F1 paddock, and the Ferrari/Haas relationship ruffled some feathers last year over wind tunnel use. Do you expect rivals to be keeping a very close eye on what you are up to this year?

"I think they will, but I don't think there is anything wrong with that. If they feel if something is wrong, then they can ask: and we will have some good answers for it. I think people should always think as well about F1 in general.

"I think in terms of the show, an American team coming from nothing, if we can do good then that will give substance in general to F1. I hope everyone sees it as a positive."

When new teams have come in the past, the first year has normally been quite solid because there has been a long build-up period, but year two is a bigger challenge when you have to run a season and prepare a new car at the same time. Your situation is doubly complicated because of the uncertainty over 2017 regulations. Is that a concern?

"In general, I fully agree that the second season is always a more difficult one than the first one. I have experienced that a few times, so we are already thinking a lot about 2017.

"The rules not being clear does not help, but what I continue to say to my guys, is that in 26 days we need to know anyway because otherwise they won't happen for 2017. It is four weeks. Should we freak out about that? Not really.

"But for sure, there is a lot of emphasis on 2017 already because it is always the most difficult year."

And how are you personally excited about this new challenge for you in F1?

"I think it is exciting and I have been working on this for quite a while. It is something when you start to write it down, you think it may not happen – but it happens.

"So the focus now is to do a good job and to do all that I thought we needed to do years ago. But when the car goes out first, or we start the engine for the first time, it will be a cool moment.

And do you feel the fan support behind you, as there is huge interest in your team?

"I think everybody in the team is excited, and we are trying very hard not to disappoint the fans which is a task in itself. I think the general mood in F1 is of something new, something fresh. It is nice to have that – especially a team from the United States.

"How we feel that directly is difficult to explain, but I hope there are some new fans who are following the sport now that weren't watching F1 before."