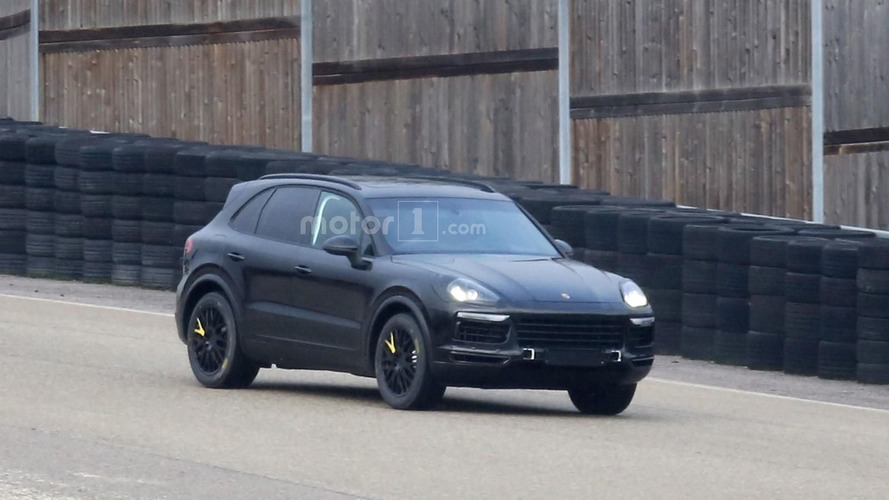 Caught testing in the distance, the redesigned model is disguised like the current Cayenne but it features a sportier roofline and wider wheel arches.

Spy photographers couldn't get close enough to snap interior photos but the cabin is expected to be heavily influenced by the second-generation Panamera.  This means the model could be equipped with a new steering wheel, a revised instrument cluster, and a new center console with capacitive-touch controls.

Technical details remain elusive but the model will ride on the same platform that underpins the Audi Q7 and Bentley Bentayga.  Thanks to the extensive use of aluminum and high-strength steel, the platform should enable the next-generation Cayenne to be significantly lighter than its predecessor.  Nothing is official but some reports have suggested the model will drop as much as 220 pounds.

Engine options are also shrouded in secrecy but the rumor mill is indicating the model will be offered with an assortment of six- and eight-cylinder options.  Choices are expected to include a turbocharged 2.9-liter V6, a 4.0-liter V8, and a plug-in hybrid variant with a 3.0-liter V6 engine.  We can also expect a diesel-powered variant but little is known about it at this point.

The redesigned Porsche Cayenne is expected to be introduced late next year as a 2018 model.