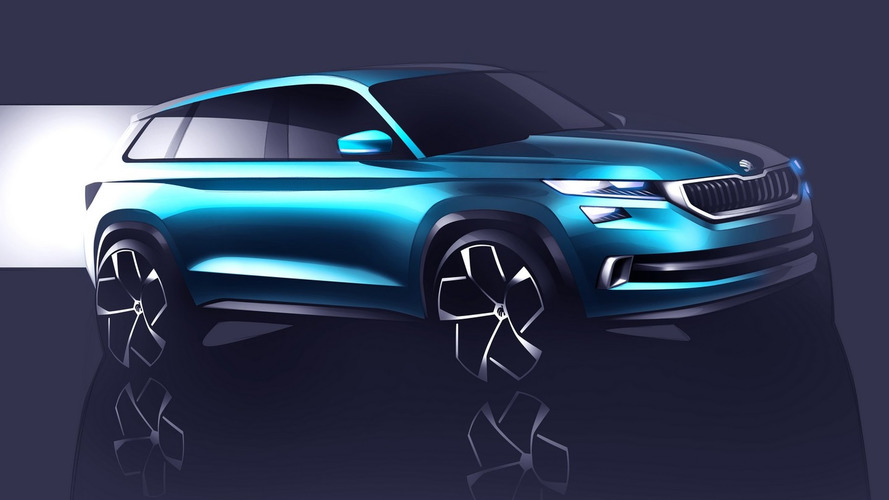 Skoda has released several teasers of its VisionS concept set to premiere next month at the Geneva Motor Show.

Skoda has released several teasers of its VisionS concept set to premiere next month at the Geneva Motor Show.

The Czech marque has been working on a high-riding model for quite some time and now is getting ready to preview the production variant by introducing the VisionS design study.

The edgy styling takes cues from Skoda’s 2014 VisionC concept adapted for the SUV body style with a three-row configuration and capable of seating up to six people. In terms of physical dimensions, it has an overall length of 185 inches (4.7 meters) and is 75.1 inches (1.91 meters) wide, and stands 66.1 inches (1.68 meters) tall.

As you would expect from an official teaser, the proposed design is quite appealing thanks to a sloped roofline and the typical oversized alloy wheels housed within the square arches. Up front it features slender LED headlights and a new take on the Skoda corporate grille combined with a wide lower grille. Moving at the back, it hosts a pair of sharp LED taillights with the usual "C" graphics and you'll also notice a roof-mounted spoiler as well as two oval exhaust tips mounted within the large bumper.

The production model is expected to debut at the Paris Motor Show in October with the “Kodiak” moniker and will ride on the MQB platform shared with the latest VW Tiguan.