Volvo V90 to be revealed on February 18 in Stockholm 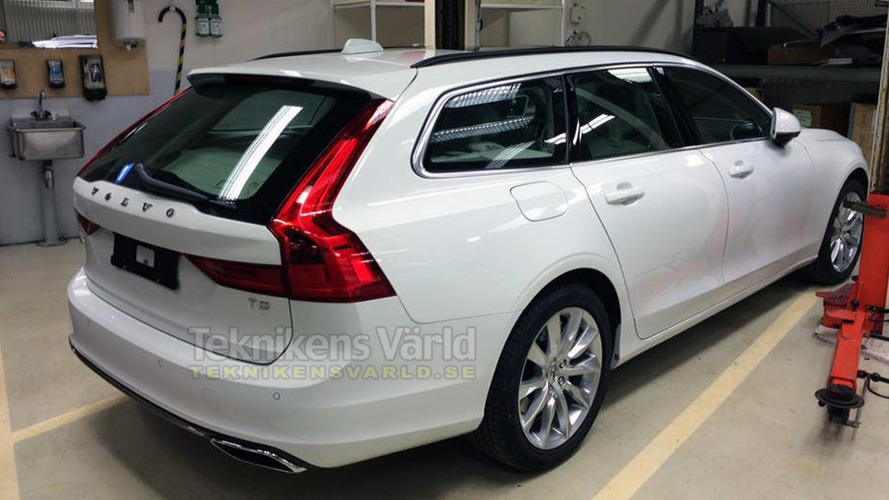 The all-new Volvo V90 will receive its official premiere at a special even on February 18 in Stockholm, Sweden, a new report claims.

The all-new Volvo V90 will receive its official premiere at a special event on February 18 in Stockholm, Sweden, a new report claims.

The information comes from our Swedish colleagues from Teknikens Varld who published the first fully revealing photos of the V90 in the first days of 2016. Now they are reporting the automaker has decided to unveil the stylish wagon exactly two weeks before the 2016 Geneva Motor Show opens its doors for the media.

While it’s labeled as a brand new model, it is actually based on the already introduced S90 sedan, which means most of the technologies will be identical. Based on the SPA architecture, the V90 will be offered with the same four-cylinder diesel and petrol engines. These include the D4 and D5 diesels with 190 horsepower (140 kW) and 235 hp (173 kW) respectively, as well as the T5 and T6 petrol motors with 254 hp (187 kW) and 320 hp (235 kW). A range-topping T8 Twin Engine hybrid version is also in the cards.

We don’t have official information, but our source also claims sales of the model will likely start in September this year, roughly three months after the S90 hits the dealerships in June. Expect three trim levels – Kinetic, Momentum, and Inscription, while a sportier R-Design variant will join the lineup at a later date.