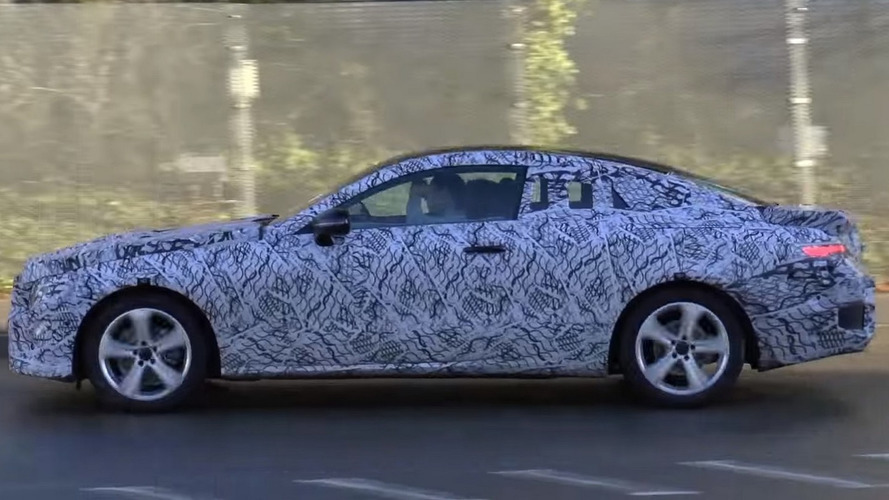 The all-new E Class Sedan (W213) is out and about, so naturally Mercedes is intensifying its efforts on the upcoming body styles. The first of the bunch will be the more practical wagon (S213) due to arrive in the months to come and it will be followed by this, the E Class Coupe (C238). Seen here is a prototype wearing the production body hidden under a full camouflage, but even so it’s easy to notice the sleek silhouette.

Most likely the coupe will have very much in common with the C Class Coupe in terms of exterior styling and we are inclined to believe the car’s proportions will work better with the company’s latest design language. Those who would rather a more aggressive E Class Coupe will have to wait for the full-blown AMG version that will come about 12 months after the standard model’s arrival.

About the AMG model, Mercedes admitted a while back it was a mistake not to have the range-topping version of the outgoing E Class Coupe & Cabriolet, but that will all change with the new ones. The cars are set to use an uprated variant of the biturbo V8 4.0-liter engine that is expected to have up to 580 horsepower in the “S” variant.

Until then, the regular E Class Coupe will probably be introduced in the first half of 2017, possibly in January at the North American International Auto Show. If not, Mercedes will probably wait for the Geneva Motor Show two months later. If you prefer the wagon, you won’t have to wait that long as the E Class Estate is likely due to arrive in October this year at the Paris Motor Show.