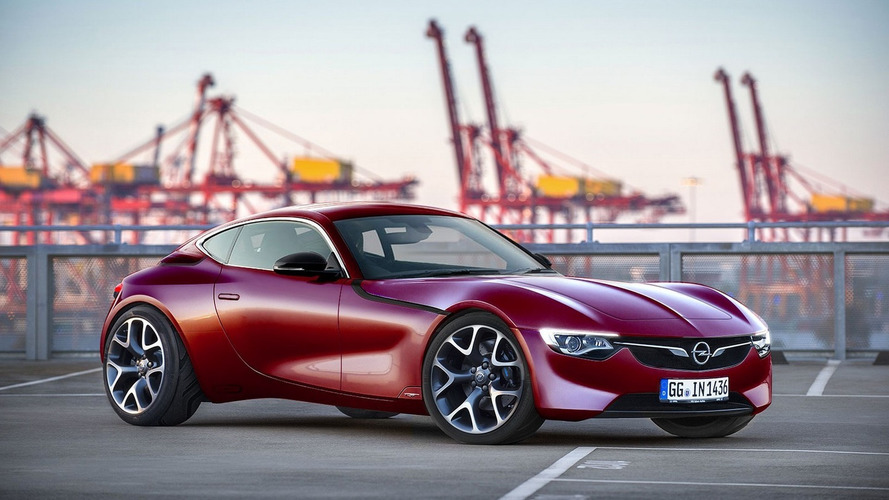 A reader has made our day a little bit better by sharing with us a render of a hypothetical Opel GT ready for production.

A reader has made our day a little bit better by sharing with us a render of a hypothetical Opel GT ready for production.

The company from Rüsselsheim took the virtual wraps off the GT concept earlier this week and already we have a render of how a production-intent model would look like. That’s highly unlikely to happen in the foreseeable future, but even so the styling exercise is worth sharing. Dare we say it actually looks better than the original concept and this rarely happens in real life when a concept morphs into a production car.

The author decided to install a set of OPC wheels and mounted conventional side mirrors along with flush door handles to main the concept’s sleekness. Those weird red front tires are gone and the red signature line has also been erased while the roof has a more conventional shape. The headlights are now more down-to-earth and feature Opel’s familiar boomerang of LED daytime running lights.

We wouldn’t mind seeing this on the road, even with the concept’s tiny turbocharged three-cylinder 1.0-liter engine delivering 145 horsepower. Despite the puny motor, Opel says the GT concept sprints to 62 miles per hour (100 kilometers per hour) in less than eight seconds and tops out at 133 mph (215 kph).

We will check out the rear-wheel drive Opel GT concept in the metal at the Geneva Motor Show early March.

Special thanks go to Jean Baptiste for sending us the render!