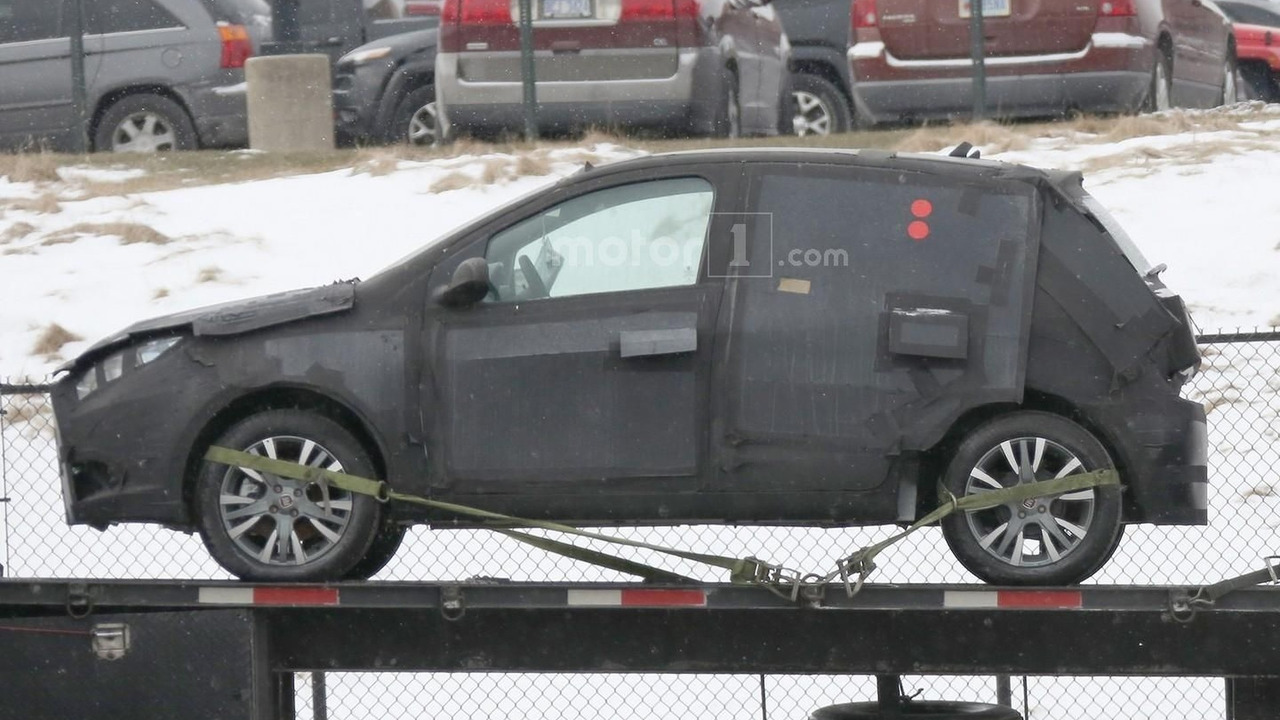 Today we are able to share the very first batch of spy shots with the Fiat Punto replacement programmed to arrive next year.

Today we are able to share the very first batch of spy shots with the Fiat Punto replacement programmed to arrive next year.

It’s hard to believe, but the third-generation Punto has been on sale since late 2005 and now it seems Fiat is finally getting ready to replace the aging model. Spotted on a trailer in United States, the prototype was heavily masked so there’s not much to talk about in terms of design. However, it seems the familiar vertical taillights will remain and by the looks of it the car will have just about the same size as the outgoing model.

The styling should be heavily influenced by the attractive Tipo sedan and there are some reports indicating Fiat has plans on selling the new Punto only with a five-door layout. That being said, there could be a four-door sedan variant for select markets where it will act as a replacement for the Linea. While the attached spy images don’t reveal a great deal of the interior, it’s safe to say it won’t be as nice as the Tipo’s cabin.

Codenamed “X6H’, the new Punto is being developed in Brazil and is expected to ride on an extended variant of the platform that has underpinned the Palio and Uno. Details regarding what will power it are murky at this point, but it could have a new naturally-aspirated 1.4-liter unit with more than 100 horsepower. We’ve also been hearing some rumors about the 1.8-liter from the Toro pickup truck.

An official reveal of the supermini could occur before the year’s end or early 2017. Until then, Fiat has plans to introduce the wagon and five-door hatchback versions of the Tipo that should arrive in the months to come.