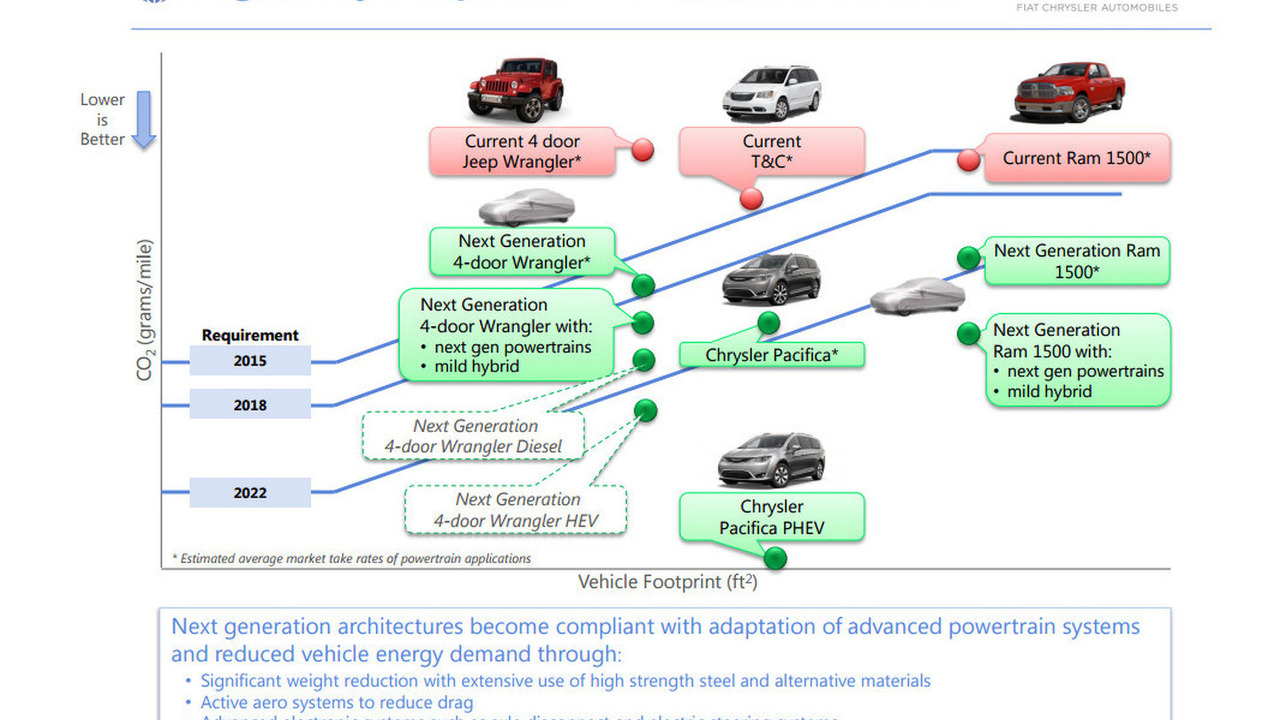 According to the automaker, the 2018 Jeep Wrangler Unlimited will be offered with "next gen" powertrains.  The company declined to go into specifics but promised to introduce new "global small and medium engine architectures" later this year.

While FCA was quite about the Wrangler's petrol engine, the company confirms plans for an assortment of eco-friendly variants including a mild hybrid and a hybrid electric vehicle.  There will also be a diesel-powered variant and it could be offered in the United States for the first time.

In related news, FCA confirmed the next-generation Ram 1500 will receive new engines and a mild hybrid variant.  The company declined to say when the model will be introduced but Ram's original five-year plan called for a "major update" in 2017.

Both the Jeep Wrangler and Ram 1500 are set to see a "significant weight reduction" thanks to the extensive use of high-strength steel and aluminum. The models will also be equipped with "active aero systems" which will likely include an active shutter grille.  FCA also hinted the models will have an electric power steering system and an axle disconnect system on four-wheel drive variants.