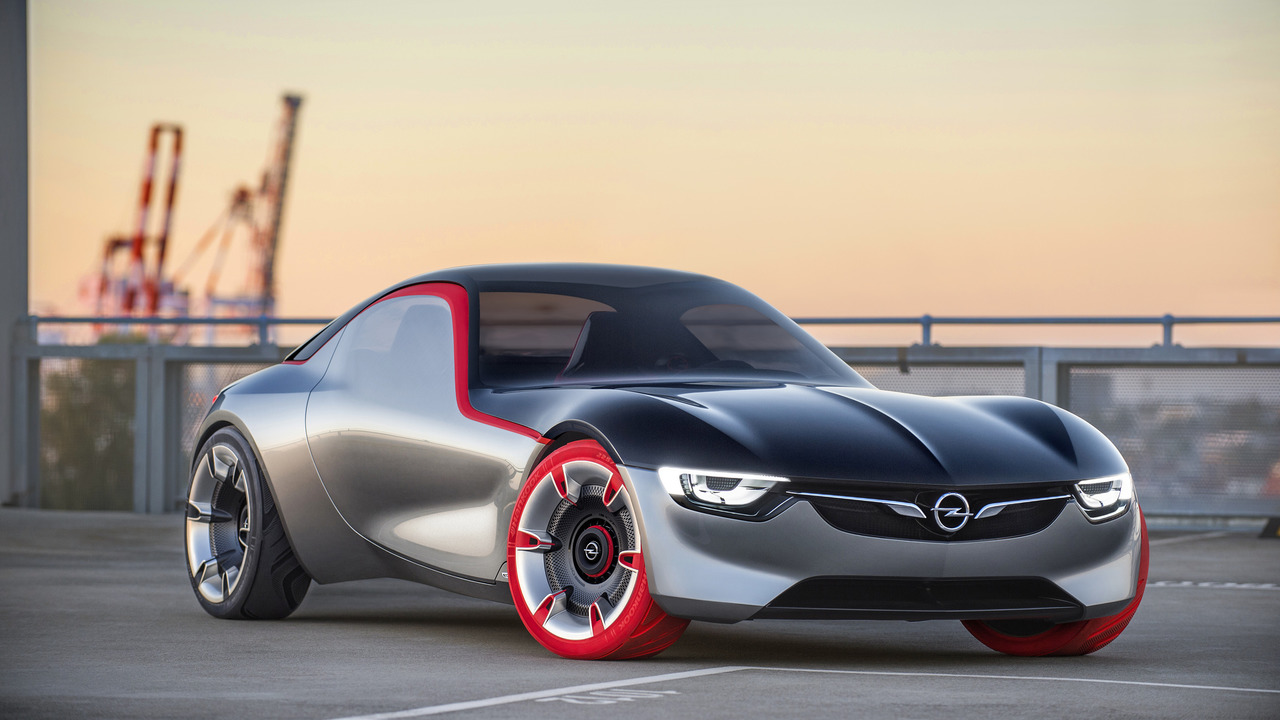 Opel has officially introduced the GT Concept ahead of its global premiere, set for the 2016 Geneva Auto Show in early March.

Opel has officially introduced the GT Concept ahead of its global premiere, set for the 2016 Geneva Auto Show in early March.

The German company took us by surprise as it has only shared two teasers of the study and we are still more than a month away from its debut at the Swiss auto show. Nevertheless, here we have the complete official information for the GT Concept that takes the shape of a two-door sports coupe.

Speaking of design, the first impression of the car is that it’s nowhere close to production and features futuristic look dominated by a red signature line that “splits the vehicle body horizontally and proportions it.” While the front end strongly reminds us of the Monza Concept, the side profile reveals long bonnet, sloping roofline, and distinctive rear end with short rear overhang.

What also caught our attention are the doors that have no door handles and side mirrors. Both the driver and the passenger gain access to the interior after pressing a touchpad that is integrated in the red signature line of the roof.  Two cameras have been mounted behind the wheel arches, acting as mirrors and transmitting images to two monitors on the left and right-hand side of the cockpit. The manufacturer has also installed the latest version of its IntelliLux LED technology that provides “very three-dimensional” light from the headlights.

We are tempted to agree with Opel, which describes the GT Concept as a true sportscast. Despite its small 1.0-liter 3-cylinder turbo engine, the vehicle indeed has a classic conception with front mid-engine, rear-wheel drive with a mechanical differential lock, and a sequential gearbox. The 145 horsepower (107 kW) generated by the unit are channeled to the rear axle through a six-speed transmission that is controllable by shift paddles on the steering wheel. This setup provides acceleration from 0 to 62 miles per hour (0 to 100 kilometers per hour) in less than 8 seconds with top speed reaching 215 km/h.

“We are taking the next step towards even more emotion and driving pleasure with the Opel GT Concept," Opel Group CEO Dr. Karl-Thomas Neumann commented. "The GT Concept shows what Opel stands for now. We are confident, ambitious, innovative and we want win over more customers with every new car.”

Look for the Opel GT Concept at the 2016 Geneva Motor Show that is scheduled to open its doors on March 3.