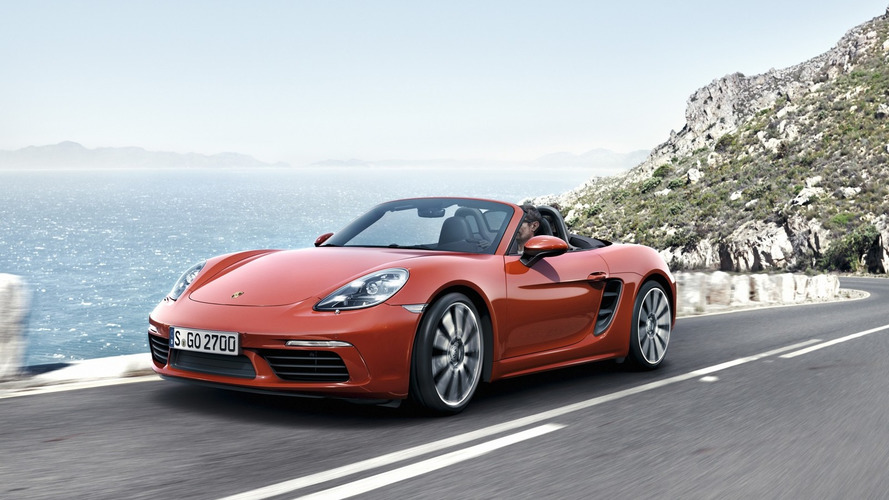 The interior largely carries over but the model has been equipped with a new dashboard that has circular air vents.  Drivers will also find a new steering wheel and an updated Porsche Communication Management system.

The entry-level 718 Boxster is powered by a turbocharged 2.0-liter flat four engine that produces 300 horsepower and 280 pound-feet of torque.  Despite having significantly less displacement than the previous 2.7-liter flat six, the four-cylinder engine produces 35 hp and 74 lb-ft more than its predecessor.

Buyers looking for something more powerful can order the 718 Boxster S which features a turbocharged 2.5-liter flat four engine with 350 hp and 309 lb-ft of torque.  This is an increase of 35 hp and 43 lb-ft of torque.

Despite being significantly faster and more powerful, the new Boxster models are more fuel efficient as fuel consumption has been reduced by up to 13 percent.

The Porsche 718 Boxster is already available to order and U.S. pricing starts at $56,000 and tops out at $68,400 for the 718 Boxster S.  Deliveries are slated for late June which makes the model a perfect summertime companion.