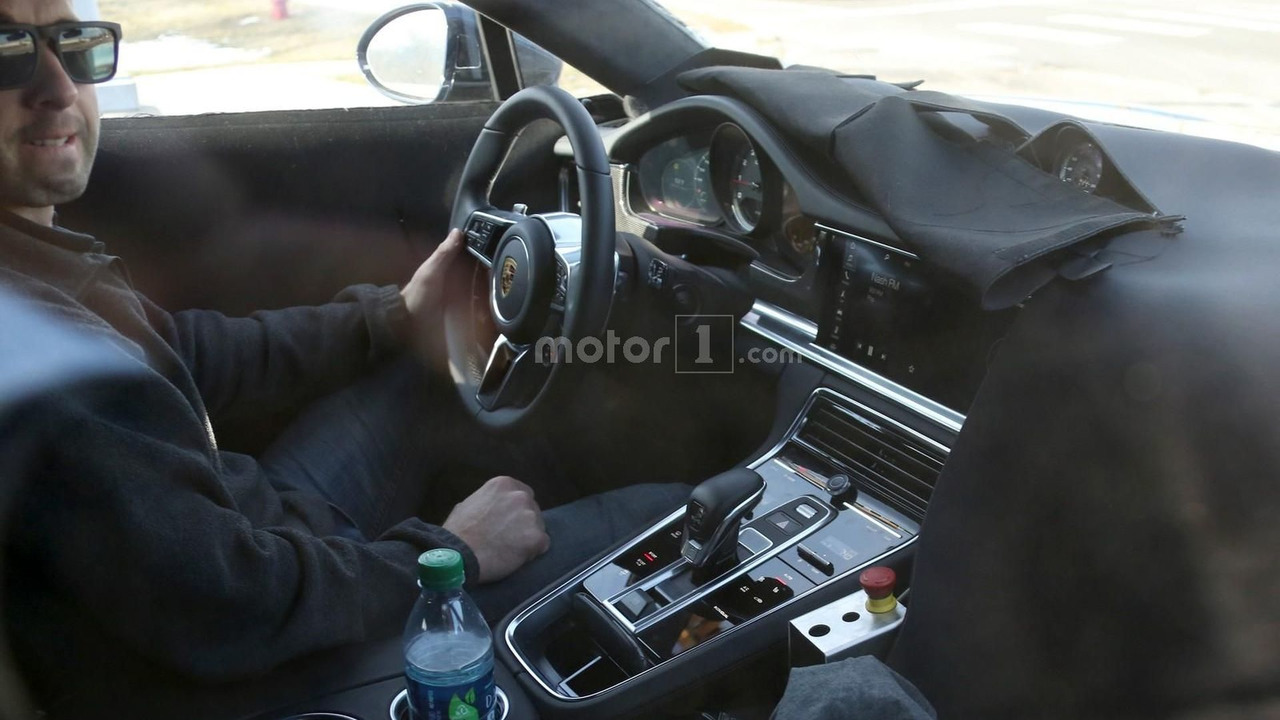 The 2017 Porsche Panamera has been spied on numerous occasions but we're finally getting a good glimpse of the interior thanks to the latest spy photos.

The 2017 Porsche Panamera has been spied on numerous occasions but we're finally getting a good look at the interior thanks to new spy photos.

Snapped undergoing testing in the United States, the 2017 Panamera has an all-new cabin that features higher quality materials and an improved design. Once seated behind the new wheel, drivers will notice a revised instrument cluster that combines a central analog tachometer with two digital displays on both sides.  Given the growing importance of technology, designers also installed a new infotainment system with a larger touchscreen display.

The center console has been completely redesigned as Porsche has decided to ditch rows of similarly shaped buttons for new capacitive-touch controls.  The center console also boasts a new shifter and an oddly placed air vent up front.

Speaking of new, the Panamera will ride on the company's all-new MSB platform which features a mix of materials including aluminum, high-strength steel, and lightweight composites.  This change will enable the car to weigh significantly less than its predecessor and some reports indicate the weight savings could be as much as 200 pounds.

The 2017 Panamera is slated to be debut at the Geneva Motor Show and previous reports have suggested the car could have a new generation of V6 and V8 engines.