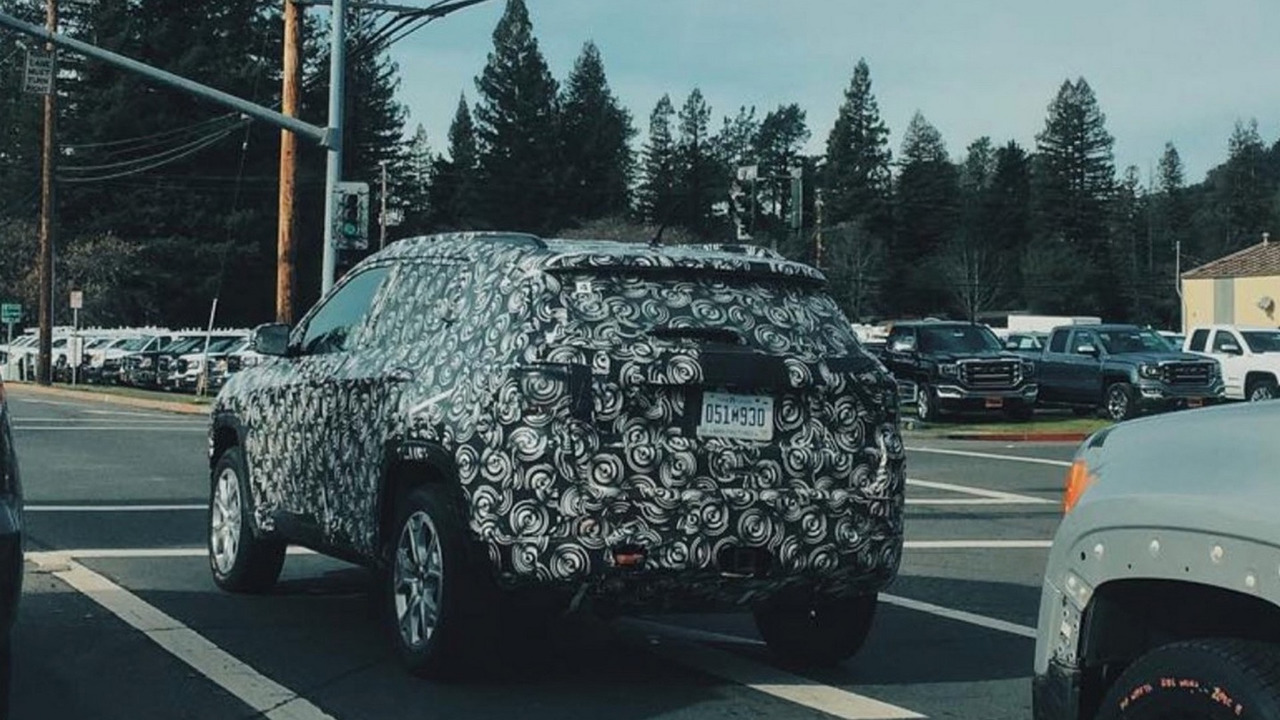 Ahead of its official reveal at the New York Auto Show in March, Jeep’s Compass / Patriot replacement has been caught on camera performing final testing in United States.

Ahead of its official reveal at the New York Auto Show in March, Jeep’s Compass / Patriot replacement has been caught on camera performing final testing in United States.

Jeep is putting the finishing touches on its brand new compact SUV set to replace both the Compass and Patriot. Codenamed “551”, the new model will carry over one of the two names and will ride on an elongated configuration of the Small Wide platform that has underpinned the Renegade.

Seen here is a near-production prototype wearing a thin amount of camouflage and featuring a generous ground clearance promising some serious off-road prowess. It looks less blocky than the outgoing Patriot and seems to have more in common with the Compass, so we won’t be surprised if Jeep will use the latter's name.

Fiat could get its own version of the new Jeep compact SUV in 2017 and the model is expected to be called “500XL.” The compact crossovers are bound to come with a standard front-wheel drive layout and an optional AWD system. As for the engine lineup, it will be basically carried over from the Renegade from where the new model will also inherit the nine-speed automatic transmission.

Taking into account the Compass / Patriot replacement will go public in March at the New York Auto Show, maybe Jeep will be kind enough to reveal the crossover online next month.