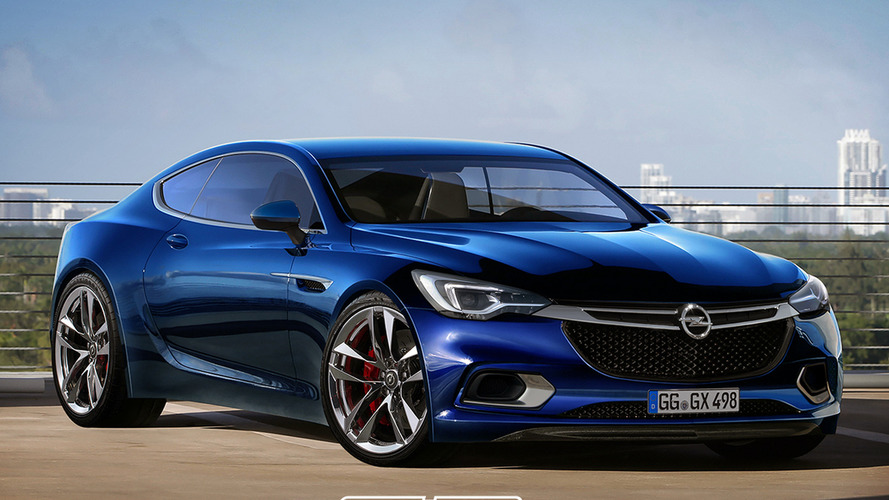 The stunning Buick Avista Concept has given its body to Opel in a new unofficial rendering, depicting a possible Calibra sports coupe.

The stunning Buick Avista Concept has given its body to Opel in a new unofficial rendering, depicting a possible Calibra sports coupe.

It's Sunday which means the time is perfect for a nice design exercise, this time performed by our friend X-Tomi from Hungary. What we’ve got here is the Avista Concept with Opel badges, redesigned grille, headlights, and front bumper, and new five twin-spoke alloy wheels.

Rumors of a Calibra successor have been swirling around for years, but it seems that the German company has different plans for its lineup as it has already teased the new GT Concept, set for Geneva debut. While there’s still no confirmation the model will reach production, there are strong indications that this might happen.

The Opel Calibra was a two-door sports coupe based on the Vectra (Insignia predecessor) and produced by the company between 1989 and 1997. Known mostly for its drag coefficient of 0.26, it was also offered in South America (as the Chevrolet Calibra) and Australia (as the Holden Calibra) with a total sales of 239,118 units worldwide.

In 2007 Opel showed the GTC Concept, believed then to be a first look at a possible Calibra revival, but no new model with that name has appeared since then.