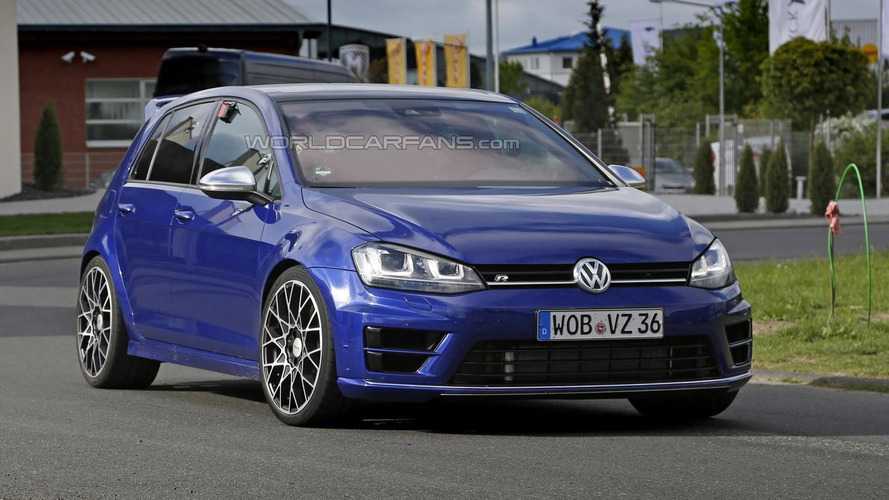 According to a new report coming from Germany, Volkswagen will introduce the facelifted Golf this March and will be followed shortly by a hardcore R420 model.

According to a new report coming from Germany, Volkswagen will introduce the facelifted Golf this March and will be followed shortly by a hardcore R420 model.

Last time we heard, the facelifted Golf was supposed to come out towards the end of the year, but now Auto Bild says it will be launched in March. This means VW will bring it to the Geneva Motor Show and it is believed the cosmetic revisions will make the popular compact hatchback look sharper. One of the most important novelties will be the adoption of full LED headlights that right now are available only on the all-electric e-Golf.

The interior is bound to receive some updates to the materials and colors to keep the cabin fresh. An entirely digital instrument cluster borrowed from the Passat will be offered as optional equipment, along with a head-up display. We should also expect to see VW’s latest MIB infotainment system with a 9.2-inch configurable touchscreen and voice control support as demonstrated on the e-Golf Touch concept shown at the Consumer Electronics Show earlier this month.

Shortly after the facelift is out, VW will finally unveil a production version of the R400 concept. It’s unclear at this point what will power it, but it’s either the turbocharged 2.0-liter four-cylinder from the Golf R or the larger 2.5-liter five-cylinder from the Audi RS3. The model will be available as a limited edition with all-wheel drive and is expected to be stronger than the concept by boosting output from 400 horsepower to 420 hp.

The report goes on to specify the Golf GTE plug-in hybrid will be upgraded to the Passat GTE’s level and is going to have 218 hp and 400 Nm instead of the current 204 hp and 350 Nm.

We remind you that a few days ago VW announced plans to replace the 1.4 TSI and 1.6 TDI engines with 1.5-liter units. This will happen at some point next year and the motors will be available in different states of tune.