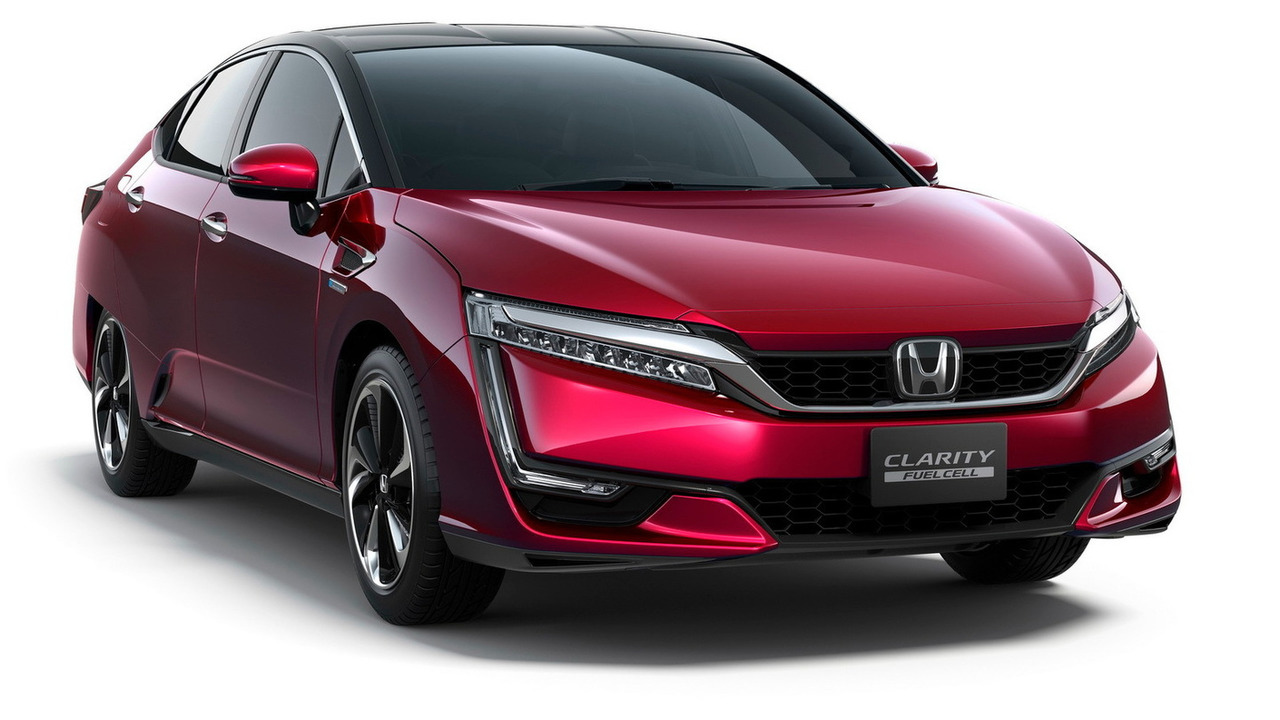 Honda has used the Washington Auto Show to announce its U.S. sales plan for the Clarity fuel cell vehicle.

Honda has used the Washington Auto Show to announce its U.S. sales plan for the Clarity fuel cell vehicle.

Set to arrive in California later this year, the Clarity will be priced around $60,000 and have a "targeted" monthly lease of less than $500.

The model will be in short supply at launch and will only be available in select markets including Los Angeles, Sacramento, Orange country, and the San Francisco Bay Area.  The limited supply of vehicles also means Honda will initially focus on leasing the model before starting retail sales.

Originally introduced at the 2015 Tokyo Motor Show, the Clarity has an aerodynamic design and a compact fuel cell stack that is 33 percent smaller than the one used on the outgoing FCX Clarity.  The latter change enables the fuel cell powertrain to fit entirely under the hood so there's a more spacious cabin with seating for up to five people.

The fuel cell produces 177 horsepower and will enable the Clarity to have a range in excess of 300 miles.  When the hydrogen fuel cell tanks are empty, the refueling process should only take between three and five minutes.

Detailed specifications will be announced closer to launch but Honda says the model will come equipped LED lights and 18-inch aluminum wheels.  The car will also have Apple CarPlay and Android Auto compatibility as well as an assortment of driver assistance systems.  Only three exterior colors will be available including black, red, and white.