Ferrari F40 GT drifts and spins around a farm [video] 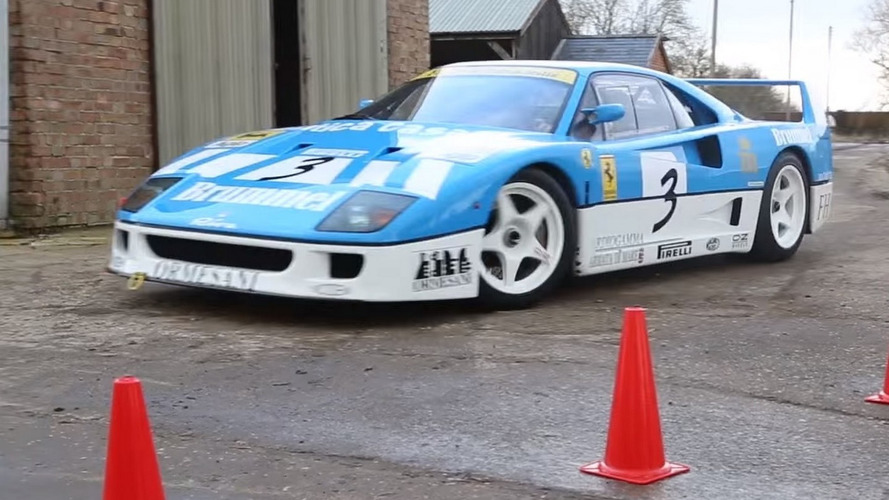 The guys from YouTube channel “TaxtheRich100” are back and this time they took a Ferrari F40 GT to have some fun at a farm.

The guys from YouTube channel “TaxtheRich100” are back and this time they took a Ferrari F40 GT to have some fun at a farm.

It’s been a while since we last saw a video from these YouTubers, but it was well worth the wait as their latest video puts a Ferrari F40 in the spotlight. It’s not a “regular” F40 as we are dealing here with the GT version of which only seven units were ever made between 1991 and 1992. It was basically an F40 LM without the aero upgrades and it had air-intake restrictors which limited the engine’s output to 590 horsepower.

One of the seven cars was trashed around a farm like you would see in one of Ken Block’s many Gymkhana videos which explains why the clip is entitled “Farmkhana.” The people behind Tax the Rich are no strangers to Ferraris as in the past they drove an Enzo like a rally car and they also organized a tug of war between two F50s.

Seeing a Ferrari F40, let alone a GT version, being abused is certainly a rare occasion and it would be interesting to find out who owns it. With only seven GTs ever made, you can imagine the car is extremely valuable.