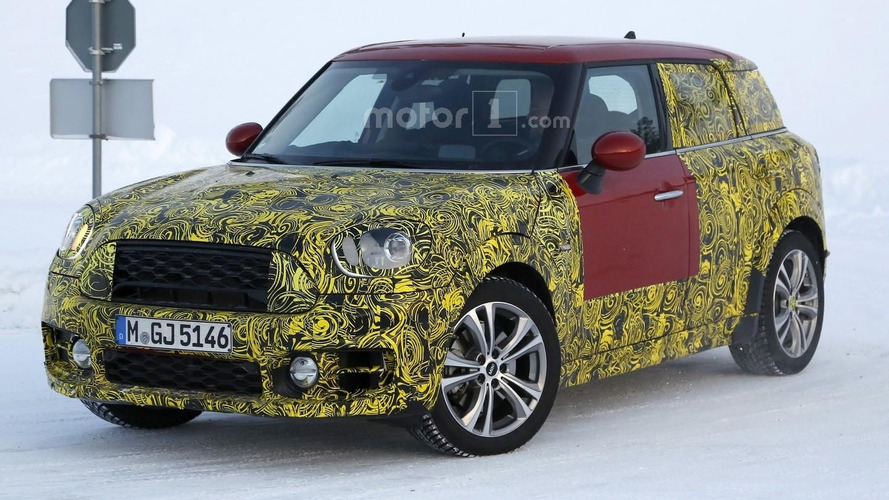 There’s no shortage of spy pics with the 2017 Mini Countryman as another prototype was spotted near the Arctic Circle.

There’s no shortage of spy pics with the 2017 Mini Countryman as another prototype was spotted near the Arctic Circle.

As the name implies, Minis are supposed to be small, but the attached spy photos tell a very different story. It’s substantially bigger than the old Countryman and it will obviously become the largest Mini ever once it will be introduced in production guise later this year. Some of the camouflage has come off to reveal what we already know since the second generation will only bring a subtle styling evolution of its predecessor.

Sitting on the UKL platform as the rest of the recent Minis, the 2017 Countryman will have a front-wheel drive system as standard. The more expensive models equipped with stronger engines will be offered with the ALL4 all-wheel drive arrangement for additional traction. Three- and four-cylinder engines all benefitting from turbocharging will be on offer, including a 228-hp 2.0-liter in the John Cooper Works (JCW) model bound to sit on top of the range.

The car’s increased footprint will enable a roomier interior cabin that will provide more space for the rear passengers along with a larger trunk. The latest crop of safety and assistance systems will also be implemented in the new Countryman as observed in recent Minis.

Expect to see the 2017 Mini Countryman break cover at the Paris Motor Show in October, but an online reveal could occur sooner than that. The JCW model won’t be available from day one, so you will likely have to wait for the beginning of next year to order one.