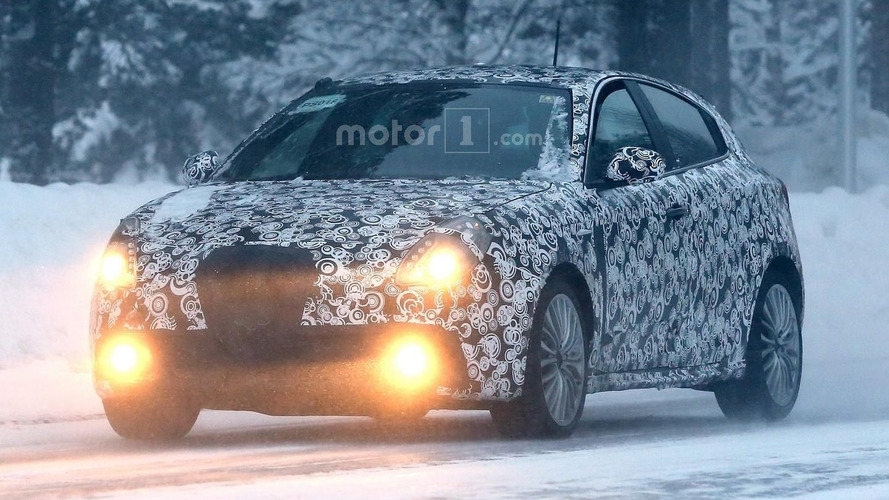 Alfa Romeo is preparing a minor facelift to keep the Giulietta fresh until an all-new model will be out.

Alfa Romeo is preparing a minor facelift to keep the Giulietta fresh until an all-new model will be out.

The Giulia is without any doubt the most important model in Alfa’s lineup and Fiat Chrysler Automobiles is making all the efforts to finally put the car on sale. In the meantime, the Giulietta is about to receive a very subtle facelift hiding underneath the disguise of this near-production prototype. Spotted in frosty northern Scandinavia, the car has slightly modified bumpers, but nothing to write home about.

The graphics of the headlights and taillights appear to be the same, but chances are the production-ready Giulietta facelift will employ updated clusters. The extensive camouflage might tempt you to believe Alfa is working on an extensive makeover, but that’s not really the case as the cosmetic tweaks will be kept down to a minimum.

The interior cabin is also bound to go through some modest changes, including the implementation of the latest-gen Uconnect infotainment system. Alfa Romeo could also install new safety and assistance systems, along with revised upholstery and trim options.

We won’t be too surprised if Alfa Romeo will bring the facelifted Giulietta to the Geneva Motor Show set for March. The revised model will be short-lived as an all-new model is due in a couple of years and will ride on a shortened version of the Giulia’s architecture. FCA designer Alberto Dillilo said it’s technically possible to make the next Giulietta feature a rear-wheel drive layout, but he didn’t really confirm it will actually happen.