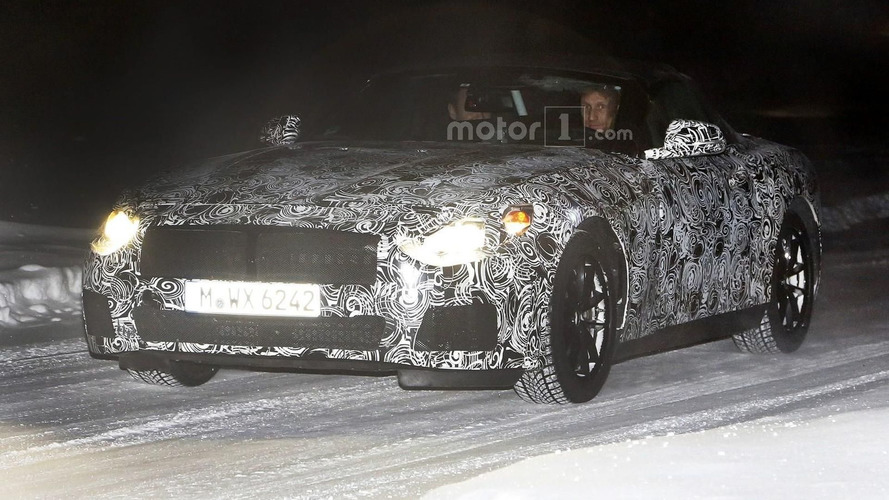 Spy photographers have braved temperatures of -13° Fahrenheit to bring us the first pictures of the highly-anticipated BMW Z5.

Spy photographers have braved temperatures of -13° Fahrenheit to bring us the first pictures of the highly-anticipated BMW Z5.

Snapped in Scandinavia, the heavily camouflaged prototype gives us our first glimpse at the new Z4 successor.  Unfortunately, there isn't much to see but the model will retain classic roadster styling cues including a long hood and a wide grille.  The prototype also has a dual exhaust system and a retractable soft top.

BMW hasn't had much to say about the model lately but the car is being jointly developed with Toyota.  Despite sharing the same platform, the Z5 and the Toyota variant will have little in common as both are slated to have unique styling inside and out.

Engine options remain unconfirmed but are expected to include a turbocharged 2.0-liter four-cylinder and a turbocharged six-cylinder.  There have also been rumors about a hybrid and a high-performance M variant which could have up to 425 horsepower.

The BMW Z5 is still in the early stages of testing but it is believed the production model could be unveiled as early as next year.