It's modified to 630 horsepower, and it's every bit as fast as it sounds.

Once upon a time, the Mercedes-Benz SL 55 AMG was the fastest car in the world with an automatic transmission. That was back in the early 2000s, and the title was short-lived once the Mercedes SLR McLaren hit the street. But this video featuring the old R230 SL-Class devouring the Autobahn reminds us just how much of a monster it was.

Launching for the 2003 model year, the SL 55 featured a 5.4-liter V8 engine capped with a supercharger. It made 493 horsepower in stock trim, which was a very stout figure for the time. Coupled with a five-speed automatic transmission, it could reach 60 mph in around 4.5 seconds and it was electronically limited to 155 mph. With the speed limiter flashed away, the top speed was over 180 mph. These are still impressive numbers today, so you can imagine what it was like 20 years ago. 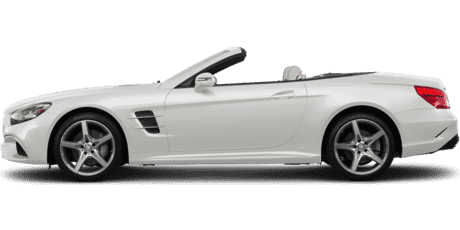 The SL 55 featured in this new AutoTopNL video isn't stock. It's said to have 630 hp from its V8, and while specific modifications are listed, it's safe to assume an upgraded exhaust system is in the mix. This Mercedes-Benz sounds downright nasty with the accelerator pinned, and we mean nasty in the best possible manner. This luxury coupe sounds like a legit muscle car during the numerous acceleration runs made during this video.

Right about now, we'd normally be focusing on the vehicle's top speed but this time around, the real takeaway is the sound. There are two reasons for this, with the first being it just sounds that damn good. Anyone with an inkling of desire for internal-combustion power can appreciate the music from this V8. Electric cars are unquestionably fast, and they make interesting sounds of their own to appreciate. But the days are coming when a V8 soundtrack like this becomes rare. So enjoy it while it lasts.

The second reason is that the Merc clearly never reaches its top speed. This particular stretch of unrestricted highway isn't crowded with traffic, but it seems there's just enough congestion to keep a proper speed run just out of reach. Of the numerous attempts made, the second is the fastest with an indicated speed of just under 290 km/h. That translates to 180 mph, and the speedometer is still aggressively climbing at that point.

So sit back, listen, and enjoy a healthy, high-power Mercedes SL-Class doing its thing. There are worse ways to pass the time.