This special Cayman sports the colors of the winning Porsche 906 from the race at Fuji Speedway that year.

The Porsche 718 Cayman GT4 is a terrifically capable high-performance machine. As such, it looks quite natural sporting a racing paint scheme complete with a no. 8 roundel on the doors and hood. There's something very special about this particular combination, however. It's an ode to the race-winning Porsche 906 that conquered the 4th Japanese Grand Prix in 1967.

To create a proper homage to the classic race car, Porsche Japan turned to the automaker's in-house Porsche Exclusive Manufaktur for plenty of custom touches. Details on the outside of this 718 Cayman include a custom white finish with silver at the bottom, matching the original 906 color scheme used for the 1967 race at Fuji Speedway. 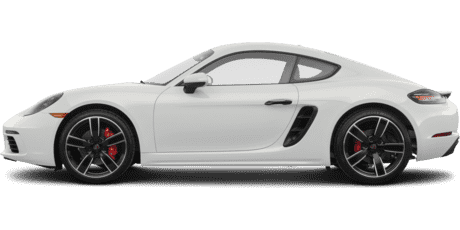 Yellow covers the hood, also mimicking the classic look but it's further added to the side mirrors, side vents, and rear wing. Yellow also fills in the area around the rear number plate, another nod to the 906 race car that featured a yellow insert at the back. The number 8 matches the racing number for chassis 145, driven to victory that year by Tetsu Ikuzawa.

There are more special touches on the inside. Custom door sills feature the layout of Fuji Speedway in 1967, along with the race-winning time printed in red next to it. Red contrast stitching is prevalent throughout the black interior, though it's most notable with the custom embroidered headrests displaying the track name, layout, and year of the victory. Special badges on the GT4's quarter windows feature an outline of the 906 with another mention of Fuji and 1967.

Porsche Exclusive Manufaktur Blacks Out 911 GT3 Touring, And It's Great

If you're wondering how much Porsche will charge for this throwback trim, you needn't worry. This is a one-and-done creation for Porsche Japan that won't be offered for sale. However, for those keen to have something similar, the automaker says all the features that make this car special can be ordered through Porsche Exclusive Manufaktur. If you just want to see this car in person, it will be displayed at the Porsche Experience Center Tokyo through August 31.

Looking for more Porsche content? Check out the latest 911 GT3 RS and more in the Rambling About Cars podcast, available below.