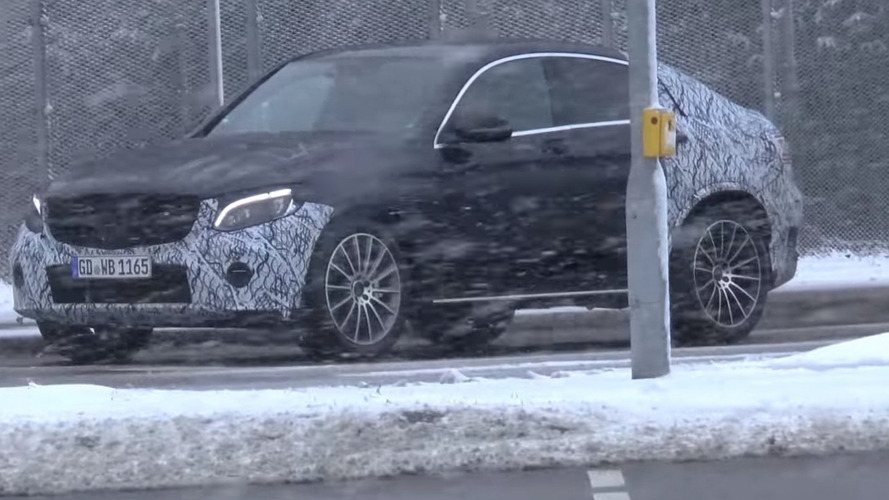 Fresh spy footage provides another look at the Mercedes GLC Coupe before the model’s official launch later this year.

Fresh spy footage provides another look at the Mercedes GLC Coupe before the model’s official launch later this year.

Spotted in Germany, the near-production prototype was partially undisguised and was being driven without any camouflage on the headlights. Unsurprisingly, these are carried over from the regular GLC and it’s easy to notice the front half of the crossover coupe has remained virtually the same. Only the rear half has gone through some changes as the roofline is now more sloped to mimic the profile of a coupe in the same vein as the larger GLE Coupe.

The proportions of the model seem to be better compared to the GLE Coupe, but keep in mind the crossover coupe will lose some of its rear headroom and trunk capacity. The same thing happened to the BMW X3 crossover which was transformed into a "coupe" labeled X4.

The prototype seen here is actually the Mercedes-AMG GLC 43 Coupe which will feature a biturbo 3.0-liter V6 engine expected to have 362 horsepower and 384 pound-feet of torque. However, German media is reporting the motor will be bumped to 395 hp (401 PS), but we’ll have to wait for a confirmation.

Mercedes is expected to introduce the GLC Coupe in production guise this June before the model will hit dealerships in September. The GLC 43 Coupe will be available from day one and is going to sit on top of the range, until the arrival of the GLC 63 Coupe likely in 2017 with a biturbo 4.0-liter V8 engine.