Analysis: Is F1 still the place for manufacturers to be? 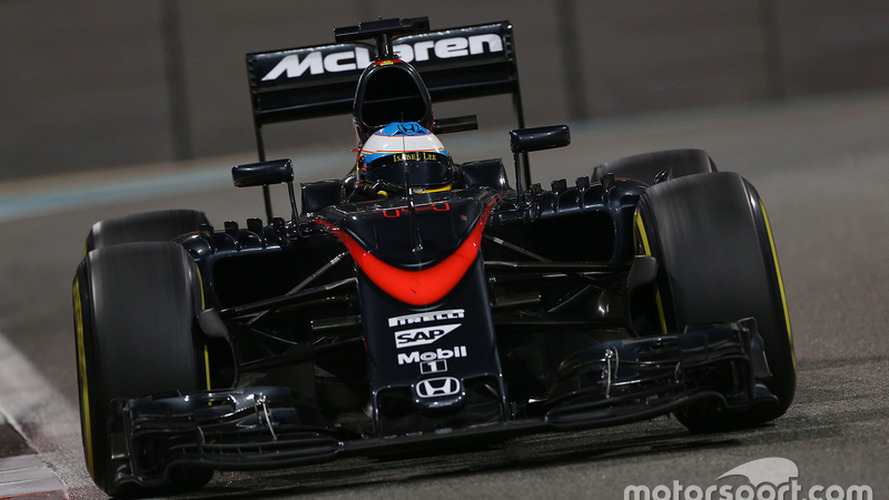 With increasing competition for manufacturer interest from Formula E and WEC, Kate Walker asks whether Formula 1 is still the place for auto-makers to be.

With increasing competition for manufacturer interest from Formula E and WEC, Kate Walker asks whether Formula 1 is still the place for auto-makers to be.

Motorsport is a funny business. We call it a sport - the clue is right there in the name - but from its earliest beginnings, the purest motive was always profit, with competition running a distant second.

Back in the days when the world was sepia and the motorcar itself a novelty, manufacturers hit upon the notion of automotive challenges as a means of boosting business.

Why not show Joe Public just how much faster your car was than the competition when it came to climbing a hill or getting from A to B? Why not show how much longer it can run without breaking down, or how well it can cope with a variety of surfaces and conditions?

After all, with few opportunities to advertise one’s wares outside of print media, to create a sporting competition between automotive brands was a way of attracting publicity and coverage without a sizeable outlay.

The oft-cited adage ‘win on Sunday, sell on Monday’ stems from the concept of using sport to both develop and market one’s product, and is an apt summary of motorsport’s very foundations.

Over the years, Formula 1 has come to position itself as the pinnacle of technological advancement in motorsport, although recently that title has come under threat from both Formula E and the World Endurance Championship.

Now that F1 is no longer alone when it comes to pushing the technological envelope, does it still make sense for manufacturers?

The introduction of 2014’s hybrid power units was supposed to bring the manufacturers flocking to F1. But, with the exception of Honda - whose public struggles in 2015 will hardly have made the sport more appealing to automakers - none have joined the fold. Persistent rumours of a VW-owned brand joining the fold meanwhile have come to nothing.

Jaguar, which last month announced its return to motorsport, elected to do so via Formula E and cited the chance to pioneer technology as a reason for that choice.

“We’re at the forefront of pioneering technology,” said Nick Rogers, Jaguar Land Rover’s Group Engineering Director. “Over the next five years we will see more changes in the automotive world than in the last three decades.

"The future is more about being connected, electrification and lightweight architectures. Formula E enables us to engineer and test advanced technologies under extreme conditions."

He added: “Formula E will provide genuine live testing for future electric vehicle powertrain technology, which will appear in our new range of vehicles.

"We are working with a number of partners on the future of electrification including Warwick University, battery suppliers and of course our long-term partners Williams.

"We will have our engineers embedded with Williams from the start and our innovations will directly affect future Jaguar Land Rover vehicles.”

While we are currently experiencing an engine-led era of Formula 1, recent years have seen the sport disappear down something of a developmental rabbit hole on the aerodynamic front, pursuing gains through the smallest of tweaks to wings and endplates, finding speed through areas of limited interest to the wider automotive industry.

Our power units - with their focus on fuel economy and energy recovery - are relevant to the industry as a whole, but F1 is now competing with the innovations on offer in WEC and FE when it comes to attracting manufacturer interest.

If all three categories can offer a similar return on R&D investment, but two of the three are considerably cheaper to take part in, the third option is going to have to offer excellent bang for buck on the marketing front if it is to remain attractive.

Where F1 could once boast a behemoth global audience, with numbers of eyeballs surpassed only by the Olympics and the World Cup, the move to subscription-only access in numerous markets has affected the numbers and in turn reduced the sport’s appeal.

Then again, neither WEC nor FE can boast the same global reach across the course of a season. Formula E is a nascent championship with a growing audience, and WEC can claim a massive audience for the Le Mans 24 Hours event, but neither category receives the same non-stop coverage as F1 in the sport and business pages.

In its way, that too can be viewed a blessing. New manufacturer entrants to WEC have a number of rounds in which to iron out any embarrassing technical difficulties, during which negative publicity will largely be restricted to the specialist motorsport media before the wider world takes notice at Le Mans.

Formula E currently remains enough of a niche interest that it too is a playing field for development in which any errors are made largely outside of the public spotlight.

When it comes to attracting manufacturer interest, F1 has in many ways become a victim of its own success. The sport still grabs the headlines and sends them around the world, which is a boon when you’re doing well and can be damaging when doing badly.

As Honda learned this season, problems attract mainstream notice as early as winter testing, and the pressure to resolve them never lets up.

But woes on track don’t necessarily make for woes in the showroom, asMcLaren can attest. Despite the race team being immersed in a multi-year slump, McLaren automotive is going from strength to strength, producing highly-regarded cars whose demand outstrips supply.

Ferrari is approaching a decade since its last world title, but can boast increased sales and a successful IPO in that period.

Both Ferrari and McLaren are niche automotive brands with grand prix racing in their DNA. Any racetrack is and always will be a development laboratory, as that is where each brand was born.

But, for mass-market manufacturers, both Formula E and WEC have proven cost-effective categories with similar potential for road-relevant development, threatening F1’s hegemony.

Gallery: Analysis: Is F1 still the place for manufacturers to be?