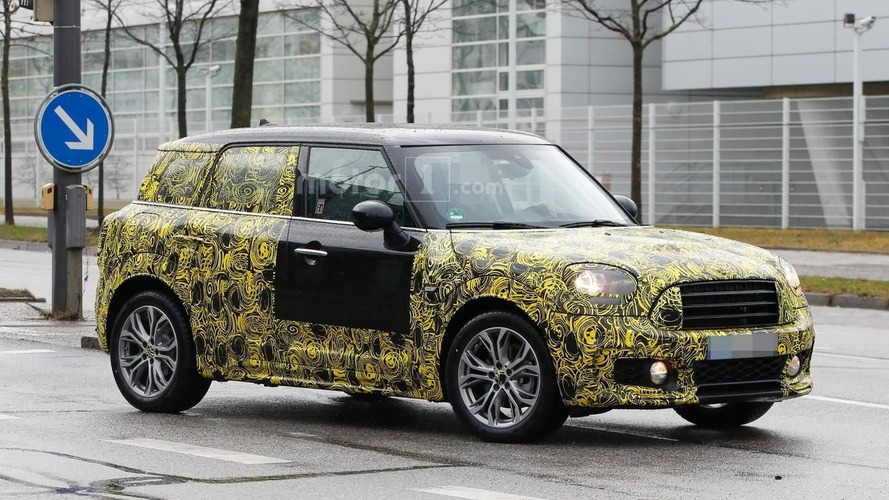 Our spy photographers are relentless when it comes to spotting new models, so unsurprisingly the new Mini Countryman has been caught on camera for the second time this week.

Our spy photographers are relentless when it comes to spotting new models, so unsurprisingly the new Mini Countryman has been caught on camera for the second time this week.

More of a maxi rather than a mini, the second-generation Countryman is getting ready for a proper launch scheduled for the second half of the year. The camouflage seems a bit pointless taking into account it will essentially look like a facelift on a larger scale of the previous model. That’s hardly surprising since all Minis boast essentially the same design, regardless of body style.

Speaking of which, Mini will label the 2017 Countryman as an “authentic SUV” and this could mean it will have more significant off-road capabilities. As a matter of fact, there could even be a rugged derivative with an increased ground clearance, extra plastic body cladding, and standard all-wheel drive to make it more suitable for tackling difficult terrain.

The underpinnings are already known as the new Countryman will ride on the same UKL platform, so it will have a standard front-wheel drive layout. Select versions will be available with the proprietary ALL4 all-paw system.

If you are more interested in performance than going off road, wait for the John Cooper Works version set to employ a turbocharged 2.0-liter four-cylinder motor with 228 horsepower and 236 pound-feet of torque. It’s the same motor that powers all the other recent JCW models, including the Mini John Cooper Works Convertible revealed just a few days ago.

BMW-owned Mini will likely bring the second-gen Countryman to the Paris Motor Show set for October. It will probably be followed in the first months of 2017 by the range-topping JCW edition.