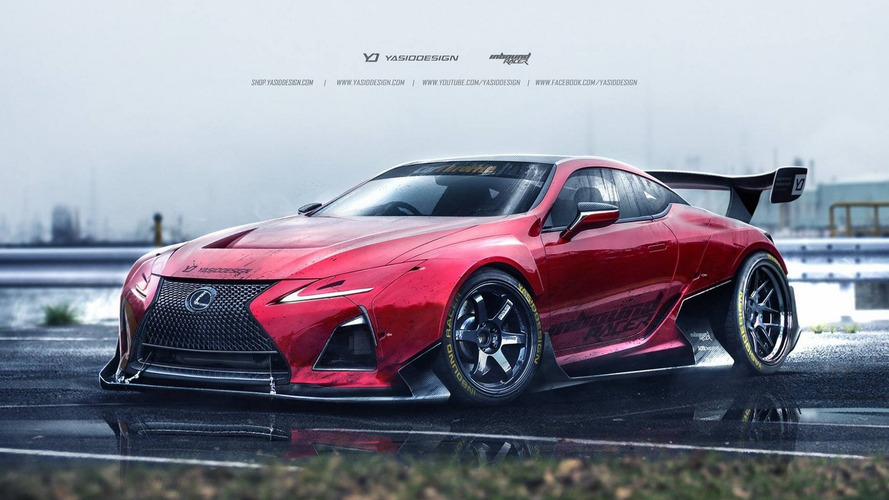 It seems that independent artists are already playing around with official pics of the recently introduced Lexus LC 500.

It seems that independent artists are already playing around with official pics of the recently introduced Lexus LC 500.

Lexus managed to impress most of us by making the production-ready LC look pretty much like a concept, so it’s no surprise the car is getting a lot of attention these days.

London-based YasidDESIGN was among the first to take a stab at rendering the coupe and the end result is a hypothetical GT3 version featuring a wider body and a large rear wing to boost downforce. There’s also a prominent front splitter made from carbon fiber, a vented hood, and a stiffer suspension that makes the car look as if it’s glued to the road.

The other render comes from Khyzyl Saleem and according to him the idea behind this virtual project is to turn the LC 500 into a “missile.” The high-performance coupe has been transformed into a drift machine and seems to have been bruised considerably while going sideways.

Getting back to the real world, the Lexus LC 500 is currently on display at the North American International Auto Show in Detroit and is scheduled to go on sale later this year. It has what it takes to become the company’s halo car by combining a gorgeous design with impressive performance.