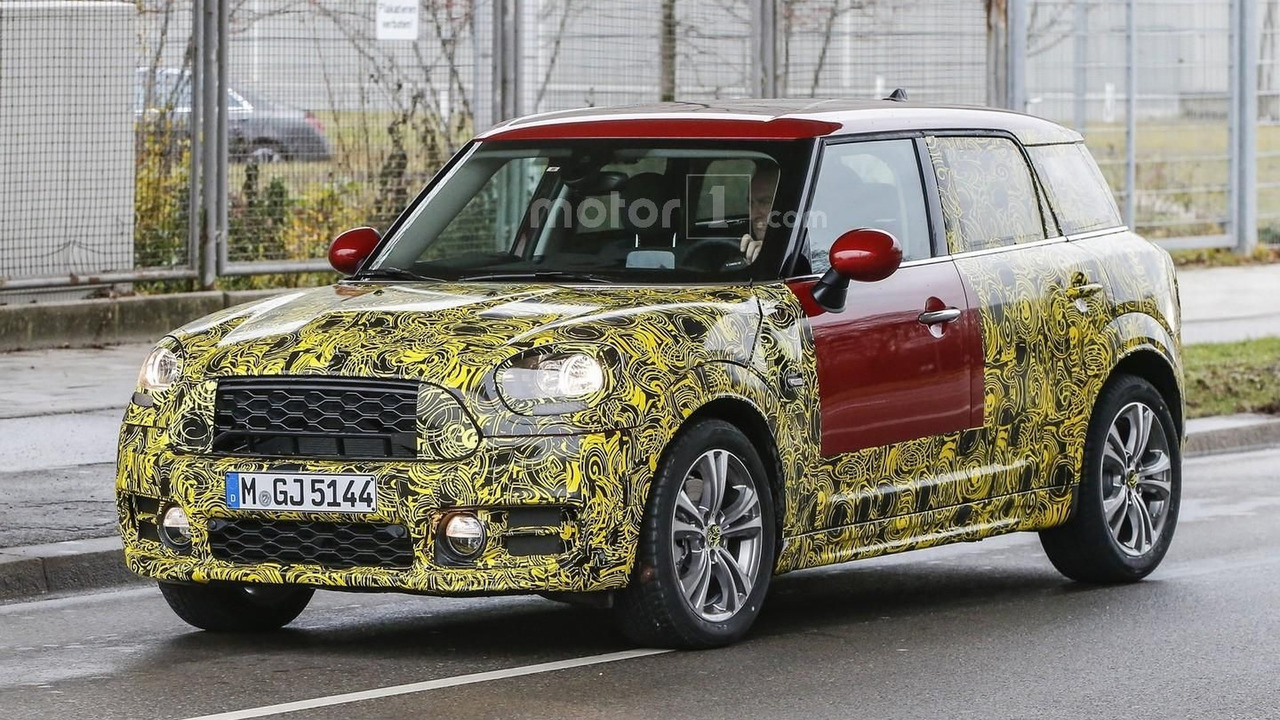 The all-new 2017 Mini Countryman is slowly losing some of the camouflage to reveal it’s going to be bigger than its predecessor.

The all-new 2017 Mini Countryman is slowly losing some of the camouflage to reveal it’s going to be bigger than its predecessor.

Mini wants to market this as an “authentic SUV” and to do that it will make it even bigger than its predecessor. It will be both longer and wider than before and these images show it’s not exactly what we would call mini anymore. Styling-wise, it will be an evolution of the old one and there might be a rugged derivative with more capabilities of tackling unpaved roads. This one is set to receive additional plastic cladding, jacked up suspension, and a standard all-wheel drive arrangement.

Since it will be based on the UKL platform like the rest of recent Minis, the second-gen Countryman will feature a front-wheel drive layout as standard. However, some of the engines will be available at an additional cost with an ALL4 all-wheel drive layout.

Since we are on the subject of engines, a series of turbocharged three- and four-cylinder units are going to be offered. The strongest of them all will be a 2.0-liter in the John Cooper Works model where it will have 228 horsepower and 236 pound-feet of torque as in other JCW-badged Minis. However, while the regular Countryman is due before the year’s end, the flagship model will have to wait until 2017.

Expect to see the new Countryman debut in October at the 2016 Paris Motor Show and go on sale shortly thereafter.