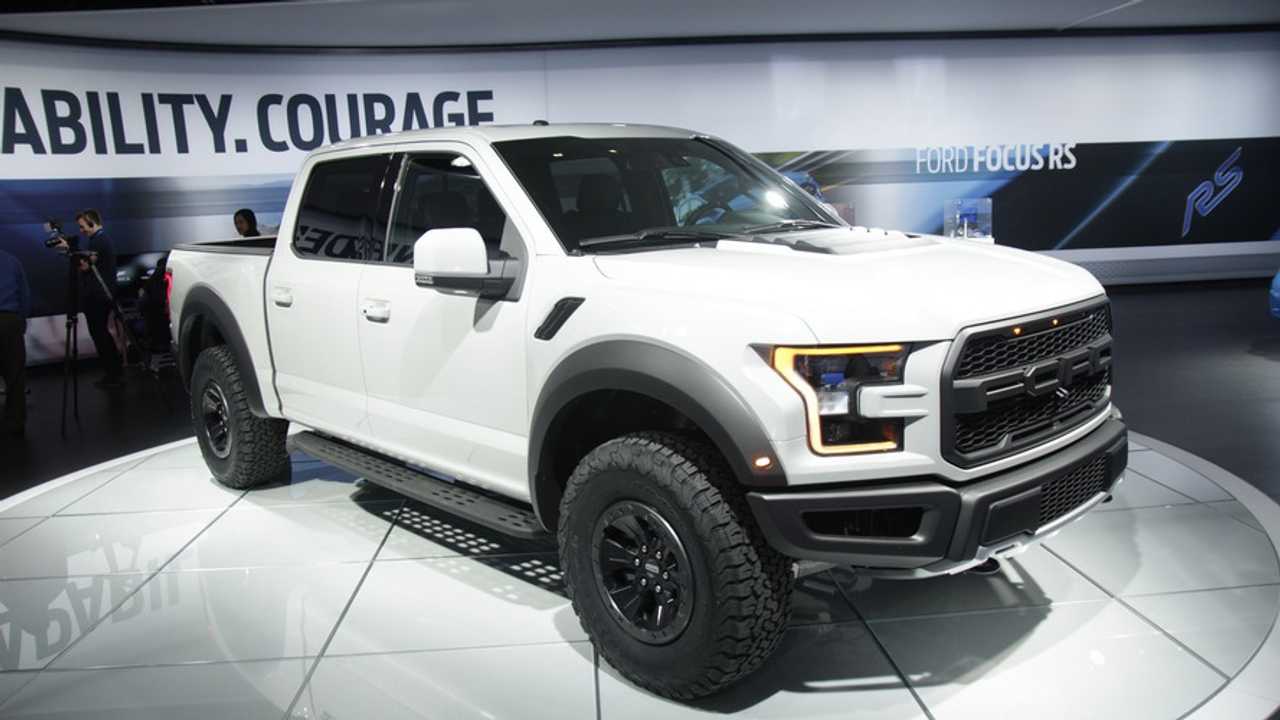 Ford is showcasing these days in Detroit a crew cab version of the 2017 F-150 Raptor that goes by the name of “SuperCrew.”

Ford is showcasing these days in Detroit a crew cab version of the 2017 F-150 Raptor that goes by the name of “SuperCrew.”

It’s bound to hit dealerships in United States this fall with a design just as aggressive as the regular Raptor. Looking at it makes you think it’s ready for virtually any task on just about all types of roads out there. It’s more practical than the standard model as a result of the longer rear doors and additional rear legroom. It rides on 17-inch wheels shod in BFGoodrich All-Terrain KO2 tires and benefits from an off-road suspension that has more travel compared to the regular Raptor.

Its heart and soul is the same EcoBoost 3.5-liter V6 engine delivering in excess of 411 horsepower and 434 pound-feet of torque. Output is delivered through a newly developed ten-speed automatic gearbox to a four-wheel drive system featuring a torque-on-demand transfer case.

The driver will have the possibility of selecting from six modes provided by the Terrain Management System: Normal, Street, Weather, Mud, Baja, and Rock.

Ford has announced it will reveal the model’s price tag closer to the launch set for this fall when the regular F-150 Raptor is also programmed to hit dealerships.

If the Raptor isn’t your cup of tea, Nissan is displaying in Detroit the Titan Warrior which uses just about the same philosophy. However, that’s only a concept and comes with a turbodiesel engine pushing out 310 horsepower and 555 pound-feet of torque.