Lamborghini Countach 400S is what childhood dreams are made of 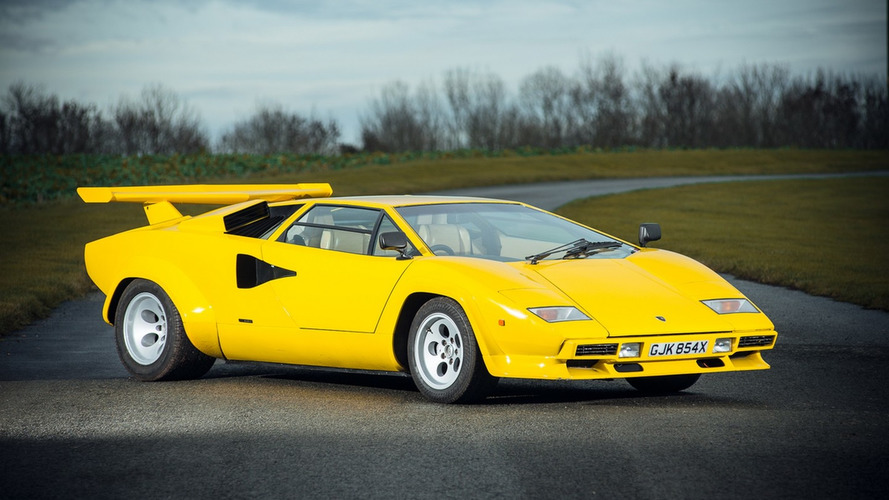 Silverstone Auctions has announced plans to sell a 1981 Lamborghini Countach 400S at the Race Retro event organized in at Stoneleigh Park, Warwickshire in UK between February 26 and 28.

Silverstone Auctions has announced plans to sell a 1981 Lamborghini Countach 400S at the Race Retro event next month in Warwickshire, UK.

If you grew up in the 80s as a car guy, chances are you had a poster of the Lamborghini Countach on the wall. There were multiple iterations and one of them was the 400S. This was the first major update for the model and it came out in 1978 with a wider body and bigger brakes. It also received an optional rear wing and Pirelli P7 tires installed on the 15-inch cast alloy Campagnolo Bravo rims that looked like a telephone rotary dial wheel. More importantly, the 3.9-liter V12 engine was upgraded to 370 horsepower and 267 pound-feet of torque.

This one right here was built towards the end of 1981 and originally had a gold paint. The second owner repainted the Countach in dark blue in 1989 and removed the optional rear wing. In May 1998, the car’s owner at that time painted the 400S in Lamborghini Pearl Yellow and reinstalled the wing. Over the years the car had numerous owners, but you mustn’t worry as it comes bundled with full documentation about its history.

This right-hand drive example has been driven for a total of 38,221 miles (61,155 kilometers) and is in a pretty good shape, although it needs some work here and there. It has the chassis number # 1121320 which means the car in question is from the Series Three LP400S, the last development before Lamborghini came out with the LP500S. Compared to previous iterations, this one had a slightly increased ride height and a more spacious cabin.

Gallery: Lamborghini Countach 400S is what childhood dreams are made of