2017 Kia Forte gets design and tech update for Detroit 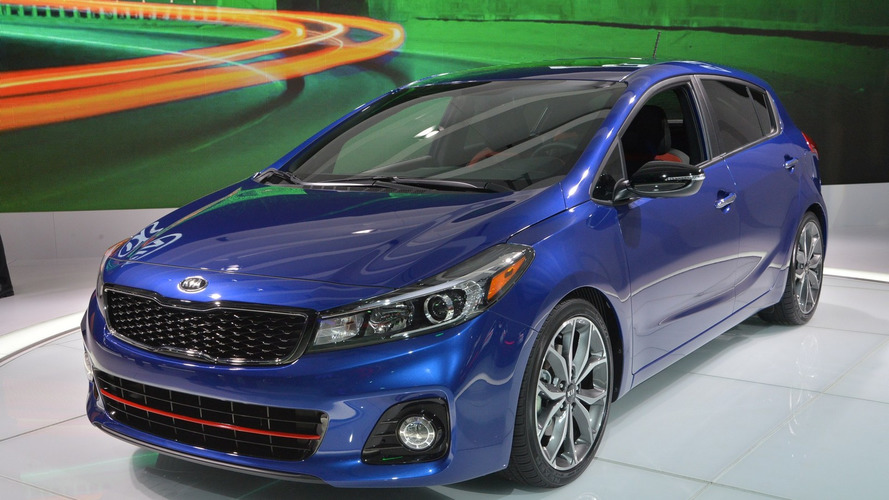 Kia has refreshed the Forte just in time for the 2016 North American International Auto Show.

Kia has refreshed the Forte just in time for the 2016 North American International Auto Show, where we are live bringing you exclusive photos.

The 2017 Forte receives subtle visual changes including a new front bumper with ‘tiger nose’ radiator grille, now connected to the headlights – just like on the 2016 Optima. At the back there’s a pair of new taillights with optional LED technology.

The facelifted model will be offered with a new trim level – the sporty S that sits between the entry-level LX and the range-topping EX models. It comes with a sport-tuned suspension, 16-inch alloy wheels, LED daytime running lights, and a rear spoiler.

Probably the biggest hews here is the addition of a 2.0-liter Atkinson inline 4-cylinder engine that replaces the 1.8 motor of the outgoing model. It can be mated to either a six-speed manual gearbox or a revised six-speed automatic. The EX models will be powered by another 2.0-liter engine, paired to a six-speed auto transmission.

Gallery: 2017 Kia Forte gets design and tech update for Detroit