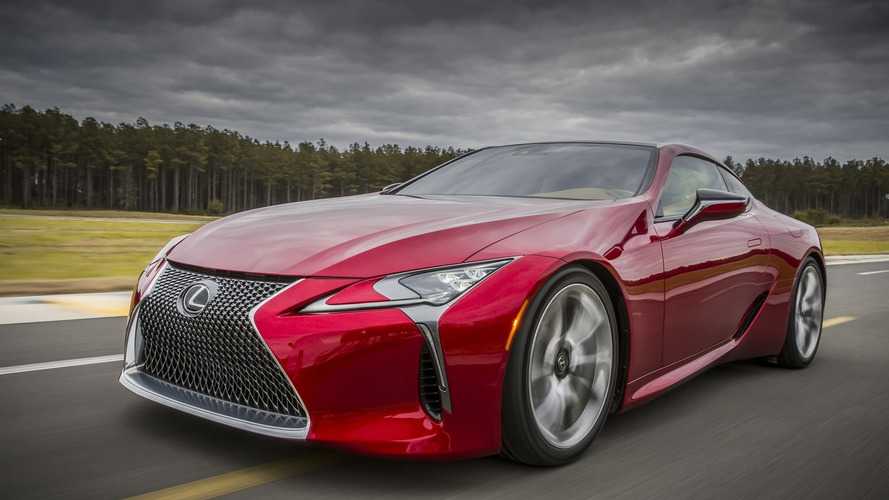 You are looking at the production-ready 2017 Lexus LC 500 set to debut very soon at the Detroit Auto Show.

You are looking at the production-ready 2017 Lexus LC 500 set to debut very soon at the Detroit Auto Show.

Remember the stunning LF-LC concept?  What we have here is the production version due for the 2017 model year and as you can see Lexus has kept the car just as exciting as the concept. As a matter of fact, you will be inclined to believe this is in fact yet another concept, but in reality we are dealing with the model bound to reach dealerships likely in the second half of the year.

We don’t have details about the engine lurking underneath that elongated hood, but most likely it’s the naturally aspirated 5.0-liter V8 from the RC F. It’s good enough for 467 horsepower and 389 pound-feet of torque, so it should provide the LC 500 with impressive performances. There should also be a hybrid LC 500h said to team up a new 3.5-liter V6 to an electric motor to enable a combined 470+ hp.

Check back later today for the full scoop.