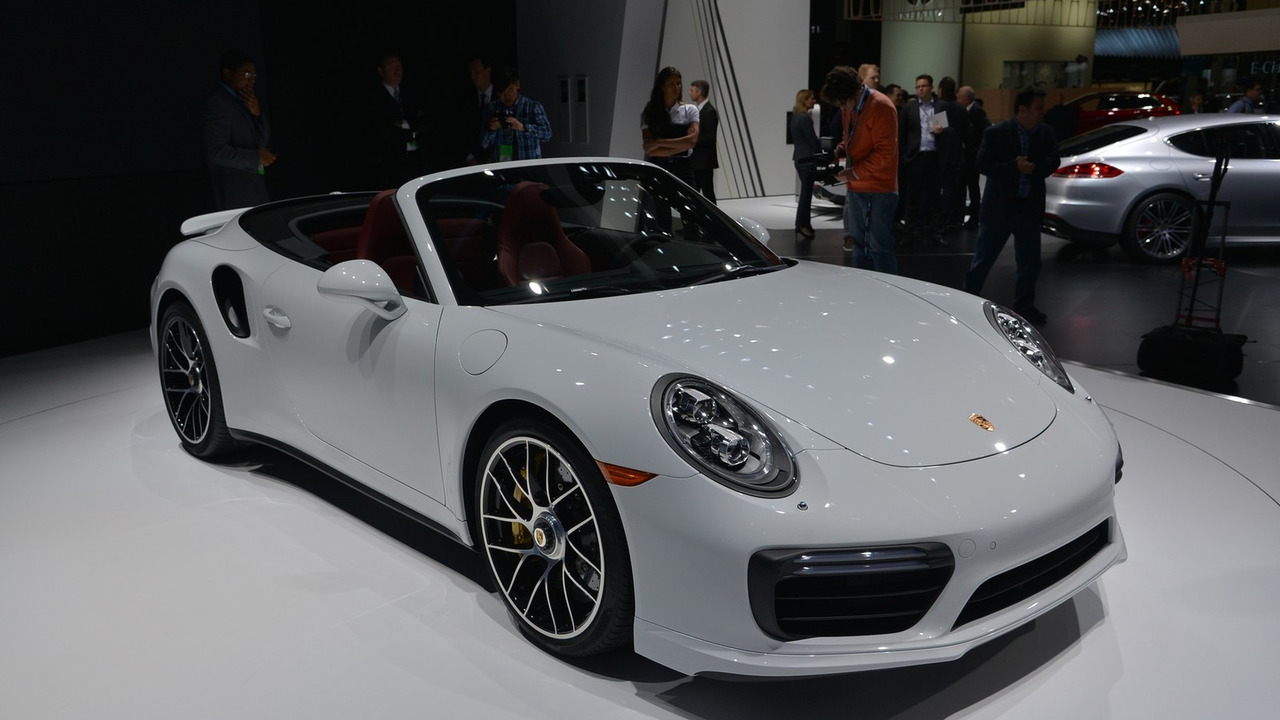 Porsche has introduced the facelifted 911 Turbo and 911 Turbo S at the North American International Auto Show.

Porsche has introduced the facelifted 911 Turbo and 911 Turbo S at the North American International Auto Show.

Since this is just a facelift, exterior changes are limited and include modestly revised bumpers and new LED day time running lights. The cars have also been equipped with new door handles, a revised engine cover, restyled taillights, and updated 20-inch alloy wheels.

Interior changes are minor but include a new sport steering wheel with a rotary selector that has Normal, Sport, Sport Plus, and Individual modes. Other changes include a standard Bose audio system and an upgraded Porsche Communication Management system. The car's standard Sport Chrono Package has also been upgraded with a new Sport Response button that temporarily increases performance for up to 20 seconds.

The 911 Turbo and 911 Turbo S also gain a new PSM Sport Mode button. It alters the intervention threshold of the Porsche Stability Management system, so drivers can approach the car's limits like never before.

On the performance front, the 911 Turbo has an upgraded biturbo 3.8-liter six-cylinder engine that develops 540 horsepower. The additional 20 hp helps the model to accelerate from 0-100 kilometers per hour in 3.0 seconds before hitting an increased top speed of 320 km/h (198 miles per hour).

The Porsche 911 Turbo S uses an even more powerful version of the aforementioned engine and it produces 580 hp. This power advantage allows the car to rocket from 0-100 km/h in 2.9 seconds before topping out at 330 km/h (205 mph).

The Porsche 911 Turbos will go on sale in Germany in late January and pricing starts at €174,669.