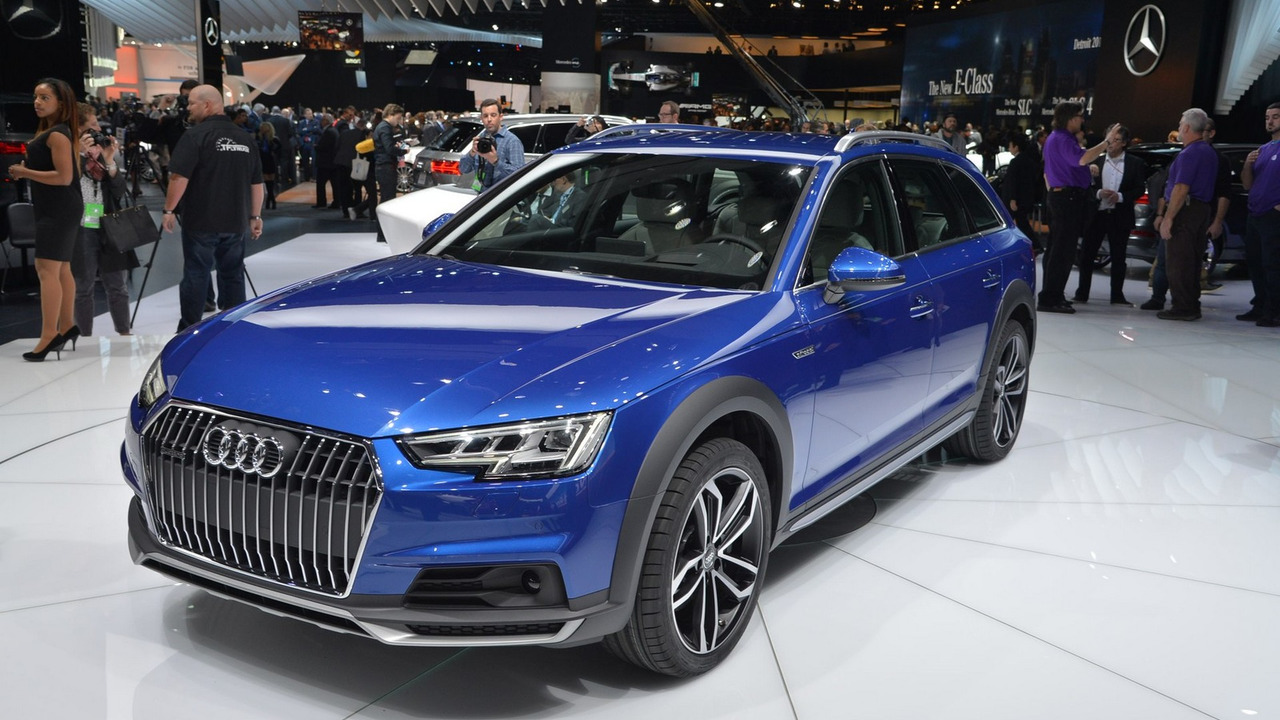 Audi has presented the A4 Allroad Quattro as the 2016 North American International Auto Show in Detroit is continuing.

Audi has presented the A4 Allroad Quattro as the 2016 North American International Auto Show in Detroit is continuing.

We can’t say we are really surprised to see the new A4 Allroad Quattro as Audi has already showed the A4 Sedan and the regular A4 Avant, so the rugged estate comes as a natural new member of the A4 family. It follows the familiar Allroad recipe, combining 1.3-inches (34-milimeter) higher suspension, body cladding, and a standard Quattro all-wheel drive system.

In terms of design, the model has been equipped with standard 17-inch or optional 19-inch wheels, black plastic body cladding for the bumpers, wheel arches, and side sills, as well as silver roof rails, redesigned bumpers, and additional front diffuser.

Five diesel and one petrol engine will be offered for the model with power ranging from 150 horsepower to 272 hp or up to 27 hp more than the previous model, according to the manufacturer. These can be mated to a manual six‑speed gearbox, a new seven-speed S tronic, or a redesigned eight-speed tiptronic.

The new Audi A4 Allroad Quattro features a new version of the Audi Drive Select that adds off-road mode to the already existing comfort, auto, dynamic, efficiency, and individual modes.

Major changes have occurred under the body of the model, as the rear trapezoidal-link rear suspension has been replaced by a new five-link construction, while the front axle also features a redesigned five-link suspension.

The model is coming with a bunch of familiar driver assistance and safety systems, including predictive efficiency assistant, exit warning, and adaptive cruise control with traffic jam assist. A new addition to the range is the trailer maneuver assist that uses the MMI (Multi Media Interface) controller to “make it easier to maneuver a trailer.”

The second generation of the A4 Allroad Quattro will arrive at dealerships in Europe this summer with prices starting at $48,620 (€44,750) for the entry-level model.