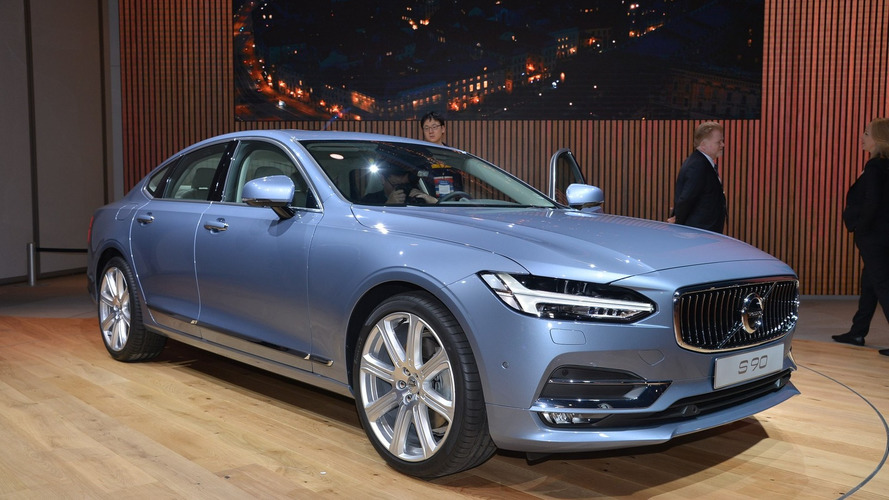 Following last month’s online reveal, the Volvo S90 has made its public debut in US specification at the 2016 North American International Auto Show.

Following last month’s online reveal, the Volvo S90 has made its public debut in US specification at the 2016 North American International Auto Show.

Billed as a four-door coupe rather than a sedan, the all-new S90 is without any doubt one of the most beautiful premieres to grace the Motor City. It’s a much-awaited replacement of the S80 and is expected to lure in buyers not just with its refined design, but also with the on-board technology. From adaptive cruise control to moose detection, the S90 is one of the safest cars ever made. On top of this, the midsize premium model will be sold as standard with a semi-autonomous driving system.

Full technical specifications concerning the US-spec S90 are not available at this point, but Volvo of North America does mention the range-topping model will be the T8 Twin Engine. That will be a plug-in hybrid combining a turbocharged & supercharged four-cylinder 2.0-liter engine with an electric motor generating a combined 410 horsepower. The output number is interesting taking into account the same hardware arrangement delivers 10 hp less in the second-gen XC90.

Don't hold your breath for six-cylinder engines as Volvo has made it clear all new bigger models will be powered by four-cylinder motors. Some of the smaller cars will get three-cylinder units, and even the S90 could eventually receive a hybridized three-pot engine.

The Volvo S90 is scheduled to go on sale later this year and will be followed by a V90 wagon, but it’s unclear at this point whether this one will be sold on US soil.