2016 Mercedes E-Class unveiled ahead of Detroit 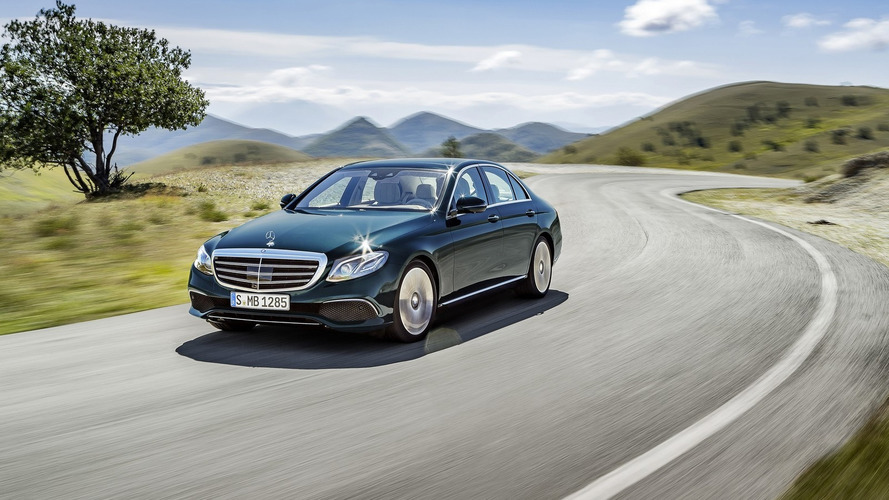 The last night debuts continue as Mercedes has taken the wraps off the all-new E-Class.

The late night debuts continue as Mercedes has taken the wraps off the all-new E-Class.

Drawing inspiration from the C and S Class, the redesigned model has a familiar design that is instantly recognizable.  Two different grilles will be available as entry-level and Exclusive variants have a traditional grille with a star emblem on the hood, while Avantgarde and AMG Line models have a two-bar grille with a large Mercedes emblem.  Other options include Multibeam LED headlights and optional "stardust effect" taillights that are reminiscent of the "Milky Way [galaxy] or the glow of a jet engine."

The interior takes a major leap forward as it adopts higher quality materials and a modern design that mimics the S Class.  Notable highlights include an assortment of wood trim and a new steering wheel with touch-sensitive control buttons that respond to horizontal and vertical swiping movements.

As assortment of options will be available including a Burmester 3D surround sound system and an ambient lighting package that enables the interior to be illuminated in 64 different colors.  Customers can also order a new Heat Comfort package and a digital instrument cluster that uses two 12.3-inch displays.

Mercedes will also offer an E 350 e plug-in hybrid which has a four-cylinder petrol engine, an electric motor, and a battery pack.  This enables the car to have a combined output of 279 hp and 600 Nm of torque.  More importantly, the model can travel approximately 18.6 miles (30 km) on electricity alone.

In the United States, the E Class will be launched with a turbocharged 2.0-liter four-cylinder engine that develops 241 hp and 273 lb-ft of torque.  It will be connected exclusively to a new nine-speed automatic transmission.

In typical Mercedes fashion, the E Class can be equipped with an assortment of safety and assistance systems.  These include a semi-autonomous driving system called Drive Pilot.  When activated, the system will automatically drive the car on highways at speeds up to 130 miles per hour (210 kilometers per hour).

Speaking of autonomous driving technology, the car can also be equipped with a Remote Parking Pilot system.  This will enable the car to automatically drive in and out of parking spaces when requested by a smartphone app.