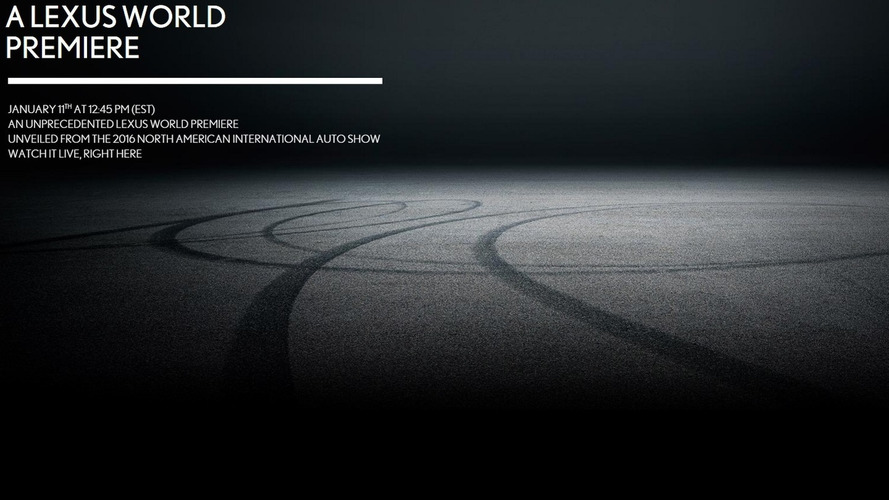 Lexus has released another teaser with its world premiere set to go official on Monday at the North American International Auto Show.

Lexus has released another teaser with its world premiere set to go official on Monday at the North American International Auto Show.

The video lasts for only six seconds and gives us the opportunity to hear the engine roar. We are inclined to believe it’s the naturally-aspirated 5.0-liter V8 engine, so we are likely dealing with a production version of the LF-LC. We remind you the previous teaser showed some skid marks on the road, thus indicating it’s a performance model.

If this is indeed a production-ready LF-LC, it will likely be called "LC 500" and it's also going to be available as a hybrid that will be sold as the "LC 500h." The first one with its V8 will likely have 467 horsepower and 389 pound-feet of torque as seen in the RC F. The hybrid version is said to combine a newly developed 3.5-liter V6 with an electric motor to generate a combined output in excess of 470 hp.

Further down the line, around 2018 or so there’s going to be a flagship LC F believed to have a new 4.0-liter V8 pushing out about 604 hp thanks to two electric turbochargers.

Check back on Monday when Lexus will finally reveal the car in Detroit.