Audi has no shortage of performance vehicles. They cover a broad swath of the market and include the bite-sized RS3 and the large, luxurious S8. The latest Carwow video pits the two in a series of drag races to see how their differences shake out on the track.

The RS3 has three fewer cylinders than the S8, packing a turbocharged 2.5-liter five-cylinder engine. It produces 400 horsepower (298 kilowatts) and 368 pound-feet (500 Newton-meters) of torque, which it sends through a seven-speed dual-clutch gearbox to all four wheels. The transmission has launch control for the 3,472-pound (1,575-kilogram) sedan, just like the S8 that features an eight-speed automatic.

The two line up for their first race, and they get an even start off the line, with the RS3 carving out an early lead. The heavier but more powerful S8 begins to reel it in, but it runs out of asphalt, crossing the finish line behind the smaller RS3. However, things change with the second race as the S8 gets a better start. The S8 is able to keep the RS3 behind it and secure its first victory. The same thing happens with the third and final race. The large Audi completed the quarter-mile in 11.8 seconds, while it took the RS3 12.1 seconds to finish.

The two rolling racers only further cement the S8’s dominance in the competition, handily beating the RS3 in both bouts. The S8 wasn’t finished with its surprises, as it was also able to win the brake test, somehow stopping at a shorter distance than the RS3.

The Audi S8 is around double the price of the RS3, but that difference is noticeable on the track. That’s not always the case in these videos, but the S8 had no trouble dominating the smaller RS3. However, the difference isn’t huge. 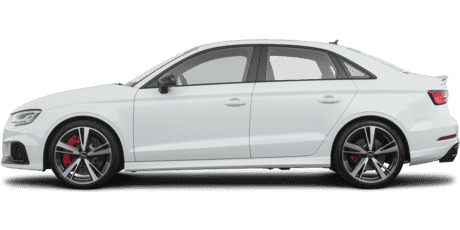