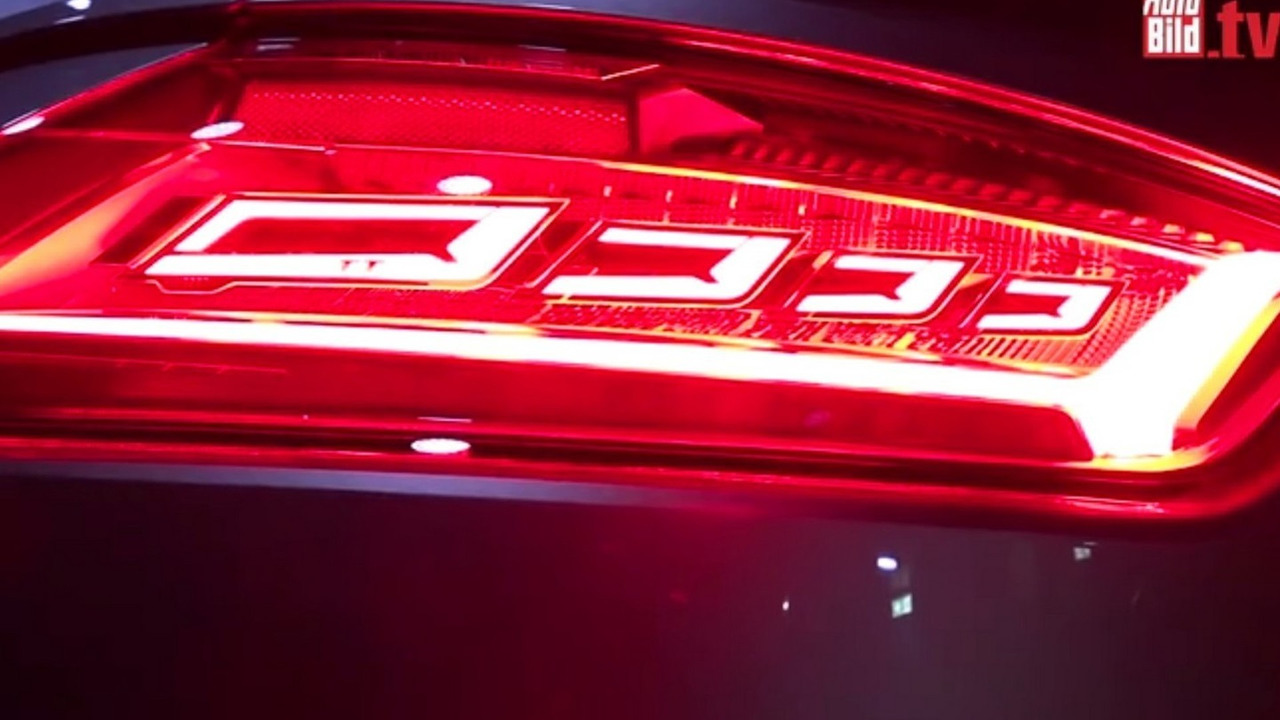 Auto Bild had the opportunity to take a quick glance at the OLED taillights coming on the new Audi TT RS.

Auto Bild had the opportunity to take a quick glance at the OLED taillights coming on the new Audi TT RS.

Remember the race from 2014 between Audi and BMW to launch the first production car with laser headlights? BMW won it by being the first to deliver the laser-equipped i8, while Audi needed a bit more time with its R8 LMX.

BMW (through the M4 GTS) was also the first automaker to launch a production vehicle fitted with OLED taillights and now Audi is trying to catch up its Bavarian nemesis with the third-generation TT RS. Auto Bild was among the few to see the OLED taillights, along with the rear end of the high-performance coupe. Audi will likely offer the technology as an optional feature for the TT RS as making it standard would jack up the model’s starting price.

The turbocharged 2.5-liter, five-cylinder engine will be back and this time it will allegedly have 395 horsepower (400 PS) teamed up to a dual-clutch gearbox sending output to a quattro setup. It should be strong enough for a sprint to 62 miles per hour (100 kilometers per hour) in about four seconds and a top speed restricted to 155 mph (250 kph). An optional performance package increasing velocity to around 174 mph (280 kph) seems likely.

Audi could decide to show the new TT RS as early as March during the Geneva Motor Show, with sales commencing in the second half of the year.