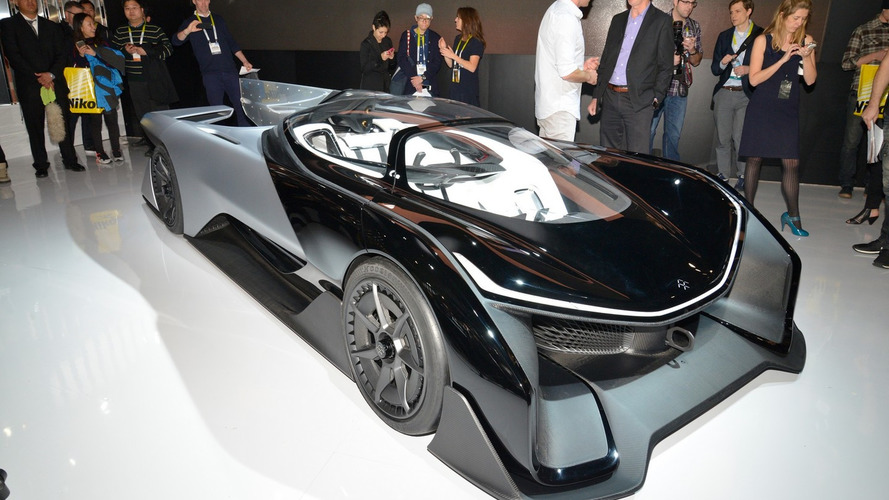 Faraday Future’s spectacular FFZERO1 is currently on display at the Consumer Electronics Show where it has drawn a lot of attention with its design worthy of a Batmobile.

Faraday Future’s spectacular FFZERO1 is currently on display at the Consumer Electronics Show where it has drawn a lot of attention with its design worthy of a Batmobile.

The outlandish concept is a sign of things to come in the EV market as Faraday Future aims to grab a piece of Tesla’s pie. Needless to say, the FFZERO1 has zero chances of reaching the production line, but the Variable Platform Architecture upon which it’s based will be used for the company’s first production model. That one will likely be an SUV judging by a teaser inserted in a video with the FFZERO1 released earlier this week.

Getting back to the concept at hand, the futuristic shape is matched by impressive internals as there are four electric motors pushing out a combined output in excess of 1,000 horsepower. All that electric muscle is wrapped in a carbon fiber and composite body to enable stellar performances, at least on paper. Faraday Future says the FFZERO1 needs less than three seconds until 60 miles per hour (96 kilometers per hour) and will top out at around 200 mph (322 kph).

Many are tempted to label it as vaporware, but let’s give the company some time to prove it actually plans to launch production cars. They’ll need a factory for that which is why Faraday has announced its intentions to create a 900-acre production plant in Nevada where the company will invest $1 billion. This will obviously take time, so the first production car is unlikely to see the light of day before 2018. Several early prototypes are already being tested on U.S. roads, so let’s have a little bit of confidence in FF.