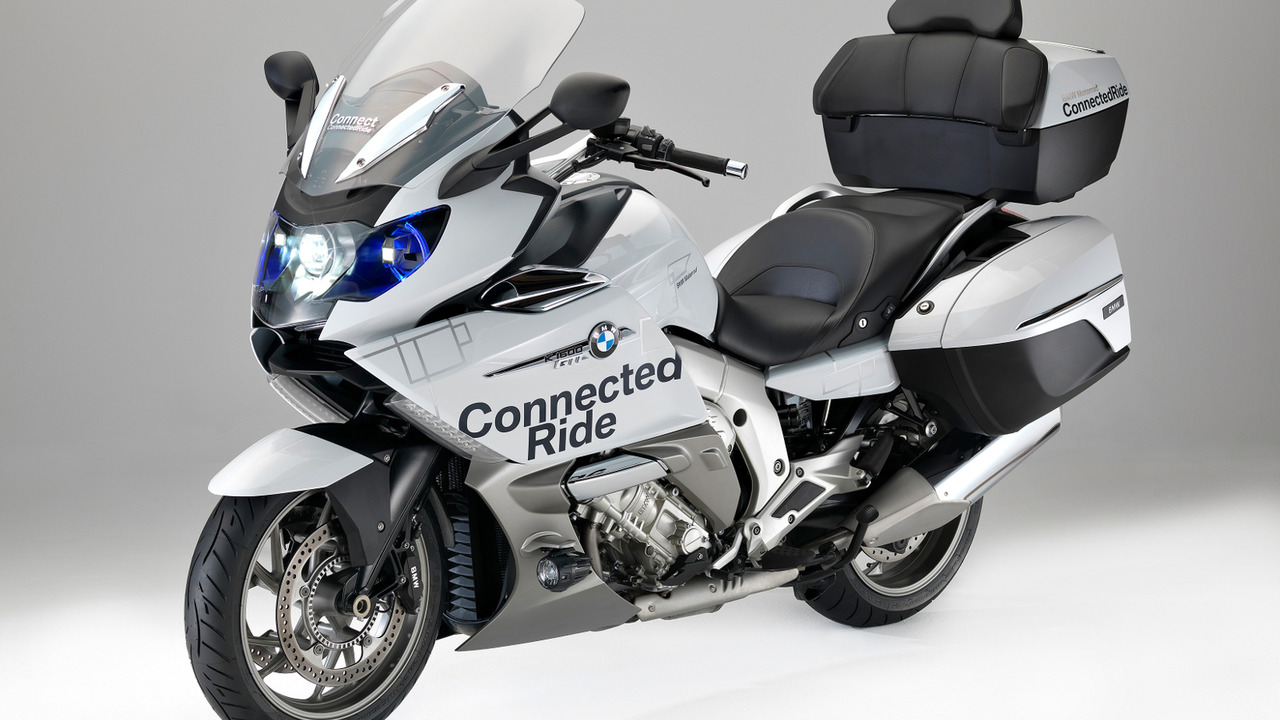 Looking virtually identical to the production bike, the concept features laser lights which are extremely bright and have a high-beam range of up to 600 meters (1,968.5 feet) - twice the range of conventional headlights.  BMW says this significantly improves night-time safety due to the increased range and better illumination of the road.

While BMW Motorrad is testing laser lights, the company concedes the technology is still too "cost-intensive" for use on motorcycles.  However, laser light prices are expected to drop as they become more common in automobiles so laser light technology could eventually be offered on production motorcycles in the future.

Besides showing the concept, BMW unveiled a neat helmet with an integrated heads-up display.  The display projects key motorcycle information into the rider's field of vision so they no longer need to take their eyes off the road and look at the instruments. The display is programmable and shows riders critical information such as the bike's speed and which gear is selected.

The helmet has also been equipped with two different video cameras.  The front camera can be used for recording trips, while the rear camera could potentially be used as a digital rear-view mirror.

Despite sounding futuristic, BMW intends to offer a production version within the next few years.