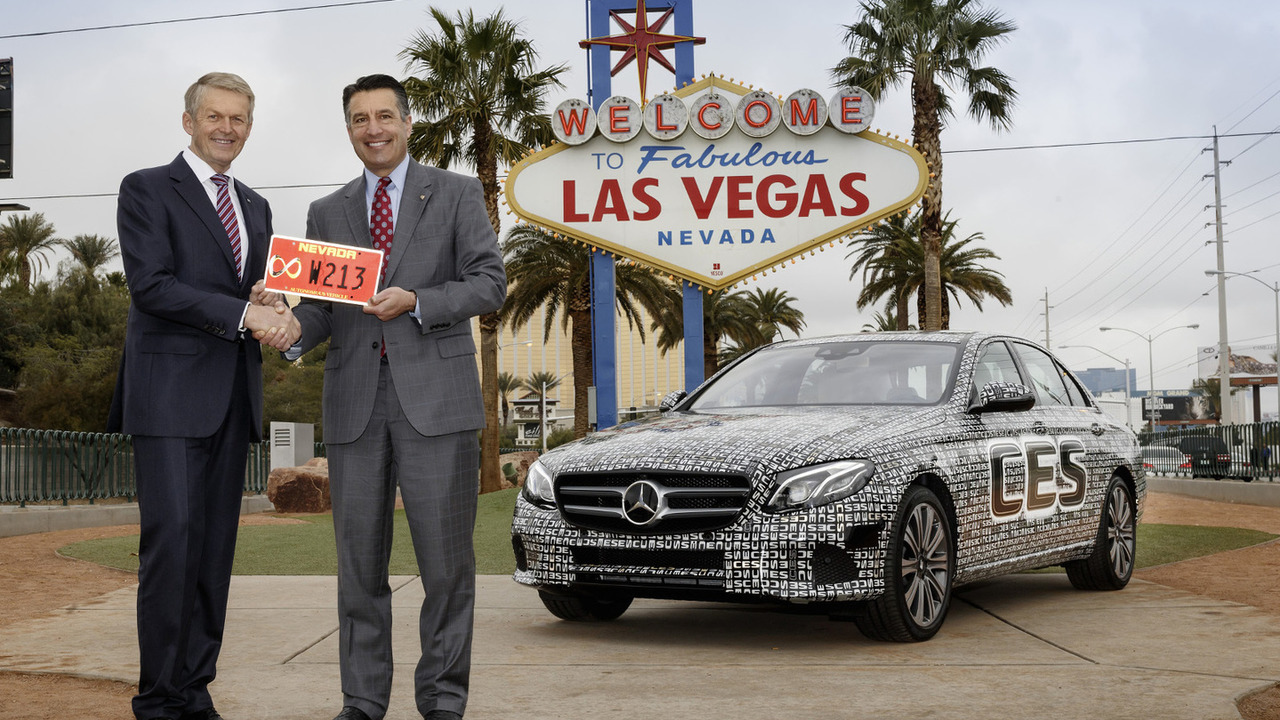 Mercedes has announced the redesigned E Class has become the first standard-production automobile to receive an autonomous driving test license in Nevada.

Mercedes has announced the redesigned E Class has become the first standard-production automobile to receive an autonomous driving test license in Nevada.

While the state has awarded autonomous driving test licenses in the past, Mercedes notes these vehicles were heavily modified as they were equipped with additional sensors, modified steering system, upgraded hardware, and special software.  The E Class, on the other hand, is already "extensively equipped with intelligent technology" so the only changes that were necessary were some small software modifications to the DRIVE PILOT control unit.

As Mercedes Research and Development boss Prof. Thomas Weber noted "The fact that Mercedes-Benz is the world's first vehicle manufacturer to be awarded such a license shows that we are a step ahead when it comes to autonomous driving. The new E Class is therefore another big step to the fully automated vehicle."

Mercedes will begin testing three models in the state and the experiences learned from the testing will be used in the continued development of autonomous driving technology.

The Mercedes E Class will be unveiled next week but pictures of the highly-anticipated model have already been leaked.