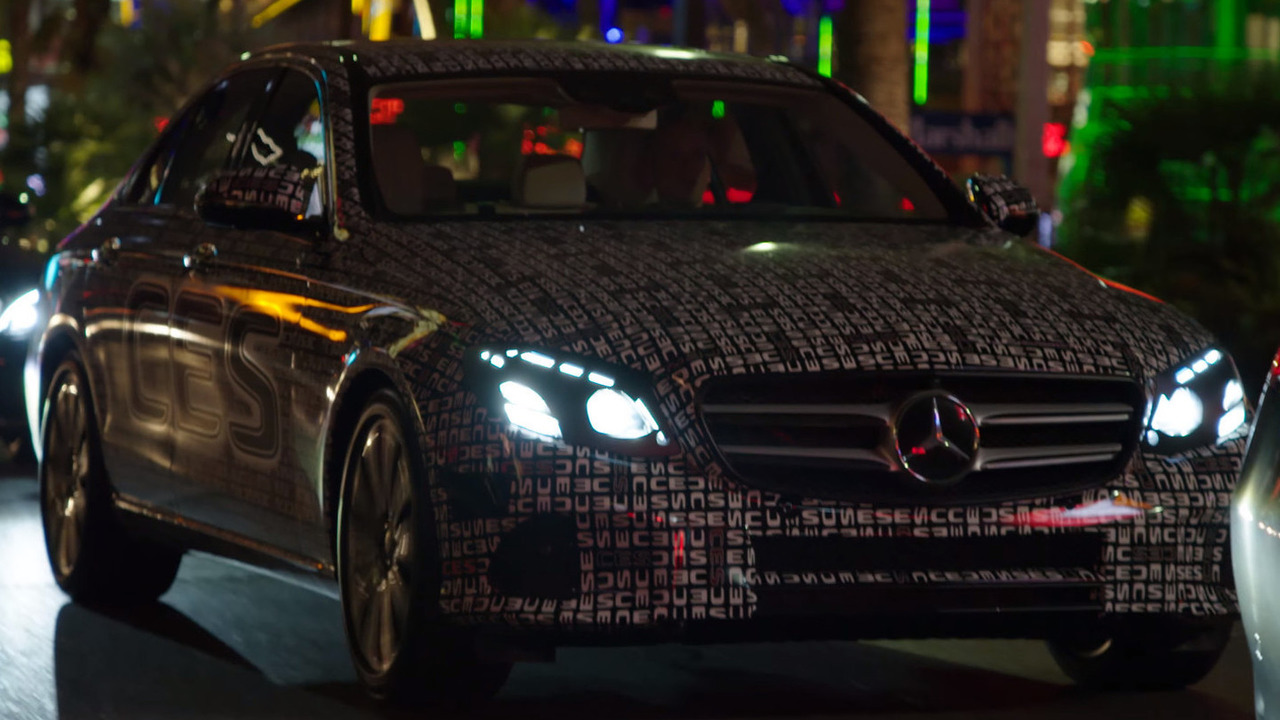 Mercedes-Benz has released yet another teaser video for the new E Class even though we’ve already seen the model in its full glory.

Mercedes-Benz has released yet another teaser video for the new E Class even though we’ve already seen the model in its full glory.

It was earlier this week when a massive leak fully revealed the design of the German premium sedan and Mercedes is asking for your attention previewing the car (hopefully) one last time. For now we’ve got a short video showing a prototype of the E Class covered with 2016 Consumer Electronics Show-themed camouflage cruising the streets of Las Vegas alongside the C Class sedan and S Class Coupe.

Mercedes is promising “an all-new era in digitalization” with the interior of the 2016 E Class, which will be showcased during the CES. It will feature two big 12.3-inch displays with a resolution of 1920 x 720 pixels in the higher-end versions. These screens will provide customizable graphics and animations, while the model will also be the first automobile in the industry to come with touch-sensitive buttons on the steering wheel.

Entry-level models will be equipped with a significantly smaller 8.3-inch central display and a traditional instrument cluster with two round dials with a 7-inch display in between.

As far as engines are concerned, the executive sedan will be launched with 2.0-liter diesel and petrol units, while several other motors including a hybrid version are expected at a later date.

Look for the official premiere of the new E Class at the 2016 Detroit North American Auto Show starting next week.