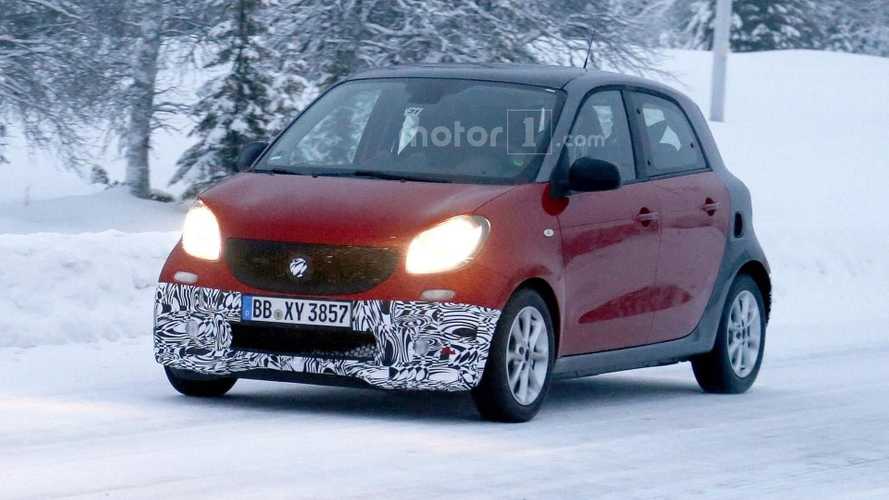 Our spy photographers have sent a new batch of images with the hotter Smart ForTwo and ForFour tweaked by Brabus.

Our spy photographers have sent a new batch of images with the hotter Smart ForTwo and ForFour tweaked by Brabus.

The Brabus-tuned ForTwo and ForFour have been baking in the oven for quite some time, but the wait is almost over as the pocket rocket duo should show up in Geneva early March.

The million-dollar question is: What will power these two cars? Chances are it will be an upgraded version of the turbocharged three-cylinder, 0.9-liter engine rumored to develop up to 130 horsepower. Another way to go would be the bigger 1.2-liter also sourced from Renault, but probably Smart and Brabus will stick to the smaller and lighter motor linked to a manual gearbox.

Taking into account the probable Geneva debut, expect to see the Brabus-prepared ForTwo and ForFour make an online appearance in February. Let’s not forget Renault is also working on a Twingo GT that will likely come with just about the same upgrades as sister model ForFour. It should also show up at the Swiss auto show about two months from now.