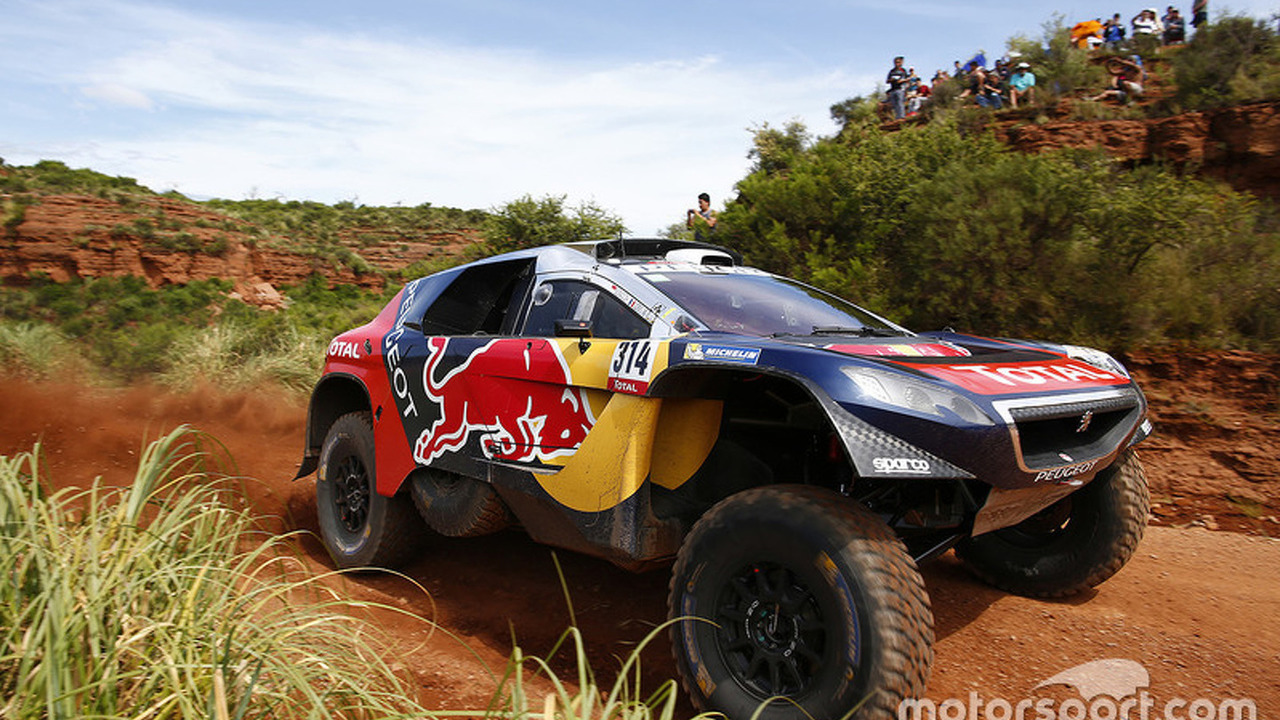 Peugeot driver Sebastien Loeb took his second stage victory in a row, having gone quickest in Stage 3 of the Dakar Rally on Tuesday.

Peugeot driver Sebastien Loeb took his second stage victory in a row, having gone quickest in Stage 3 of the Dakar Rally on Tuesday.

The nine-time WRC champion had taken the lead of the event on Monday, when he won the first ever full Dakar stage he had competed in.

On Tuesday, once again the stage had to be altered due to the poor weather conditions, and the original 664km route was shortened to 626km of running, with a 190-km special from Termas de Rio Hondo to Jujuy, still in Argentina.

Loeb set the pace from the start, reaching the first control point of the day 42 seconds quicker than teammate Carlos Sainz as the Peugeot's dominated the proceedings early on.

By the second control point, Loeb's closest follower was Al-Attiyah, 27 seconds slower than the Frenchman, as Sainz found himself unable to overtake the car in front.

Loeb went on to win with a time of 2h09m39s, 1m23s quicker than Sainz, to extend his lead in the standings to 5m03s over Toyota's Giniel de Villiers, fourth today behind Nasser Al-Attiyah in the fastest of the Minis.

Al-Attiyah was just two seconds slower than Sainz, who is 10th in the standings after yesterday's problems.

Former WRC driver Mikko Hirvonen put on another strong performance to complete the top five in the second X-raid Mini, 2m49s behind Loeb.

Stephane Peterhansel drove the third Peugeot to sixth position, while Cyril Despres finished down in 10th in the fourth 2008 DKR.

The two Frenchmen were split by the three Toyotas of Leeroy Poulter, Bernhard ten Brinke and Yazeed Al-Rajhi.