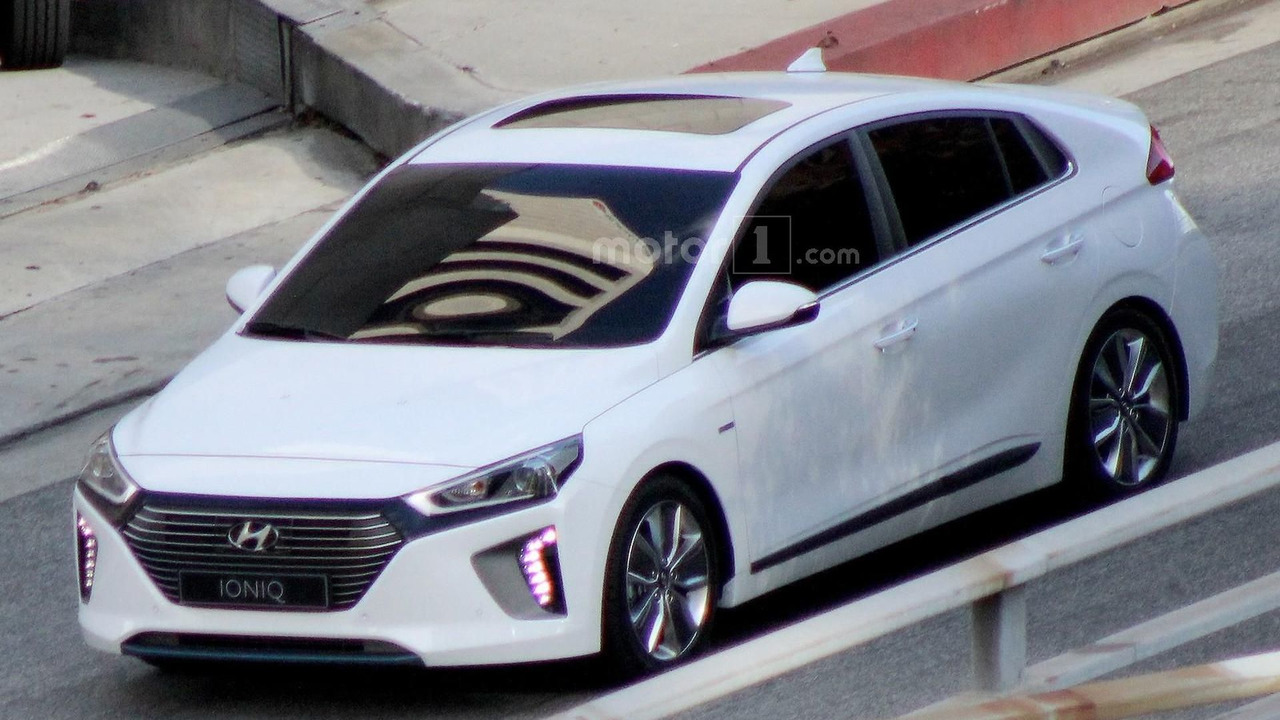 Details are starting to emerge regarding the fuel economy figures achieved by the upcoming Hyundai IONIQ.

Details are starting to emerge regarding the fuel economy figures achieved by the upcoming Hyundai IONIQ.

Hyundai apparently has plans to sell the IONIQ hybrid at home in South Korea in two versions that have different fuel economy numbers. The base model will ride on 15-inch wheels shod in 195/65 R15 tires and will be able to return the equivalent of 53 miles per gallon. A more expensive variant fitted with larger 17-inch rims wrapped in 225/45 R17 tires is said to do 48 mpg.

However, keep in mind these conversions are not entirely accurate taking into account there’s a different test cycle in South Korea, so the real mpg US numbers are going to be different. For our readers from South Korea, the base model will do 22.5 kilometers per liter whereas the other is going to return 20.2 km/l. These figures refer strictly to the hybrid version, but we already know Hyundai will also offer a plug-in hybrid derivative along with a full electric model.

As you probably have figured out by now, the IONIQ will compete head to head with the new Toyota Prius that is estimated to return 52 mpg (56 for Eco model) in the combined cycle.

A full reveal of the IONIQ will occur later this month when Hyundai will unveil the South Korean version, with the European and American models to follow in March.