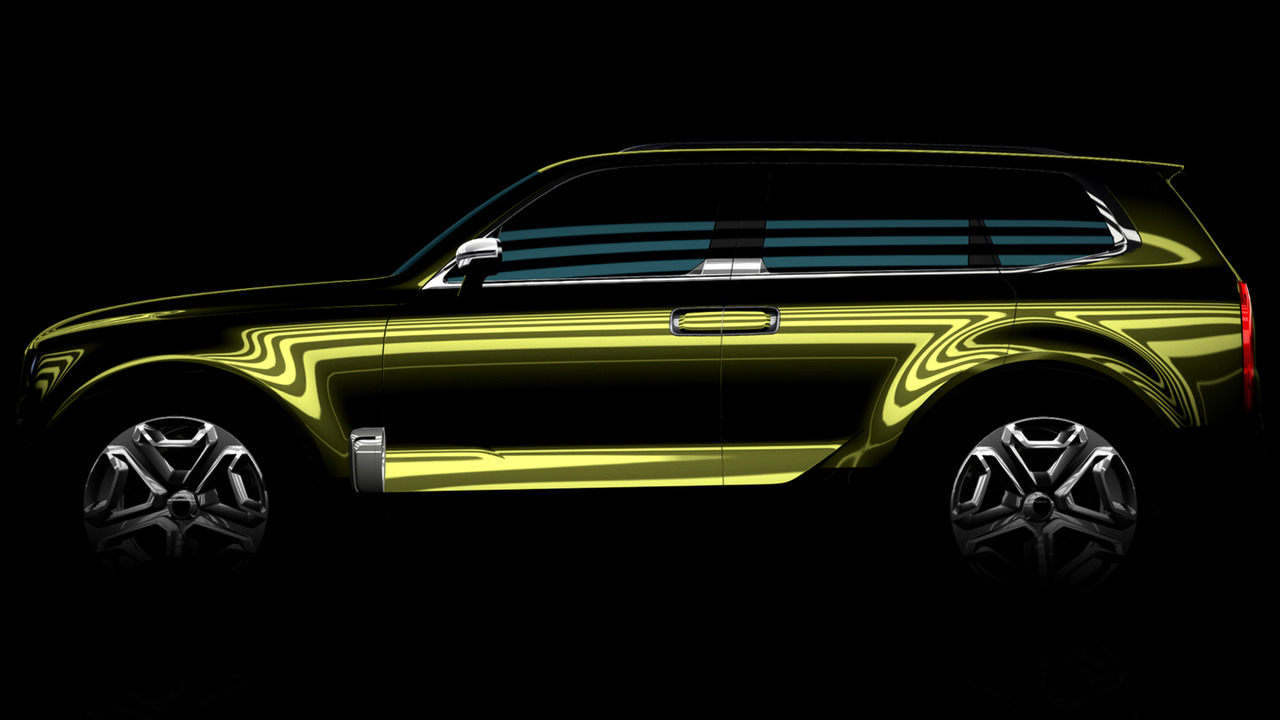 Kia has released the first teaser image of an all-new concept that will be unveiled at the North American International Auto Show on January 11th.

Kia has released the first teaser image of an all-new concept that will be unveiled at the North American International Auto Show on January 11th.

The company didn't have much to say about the model but the teaser image shows it will be a large SUV that features muscular fender flares, vertical taillights, and five-spoke alloy wheels. A closer inspection also reveals front fender vents, metallic window surrounds, and a tailgate-mounted spoiler.  Other noticeable features include roof rails, unique door handles, and an eye-catching paint job.

The concept was created by the company's California design studio and Kia says the model will take its "design language in a bold new direction."  The automaker also promises the concept will have an "abundance of advanced technology" including state-of-the-art health-and-wellness technology.

There's no word on what will power the concept but Kia hinted the model could eventually go into production.  Nothing is official at this point but a new range-topping crossover would be an excellent addition to the company's lineup.  Hyundai's new Genesis sub-brand has already confirmed plans for a "large SUV" so it wouldn't be too surprising if Kia eventually got its own variant.