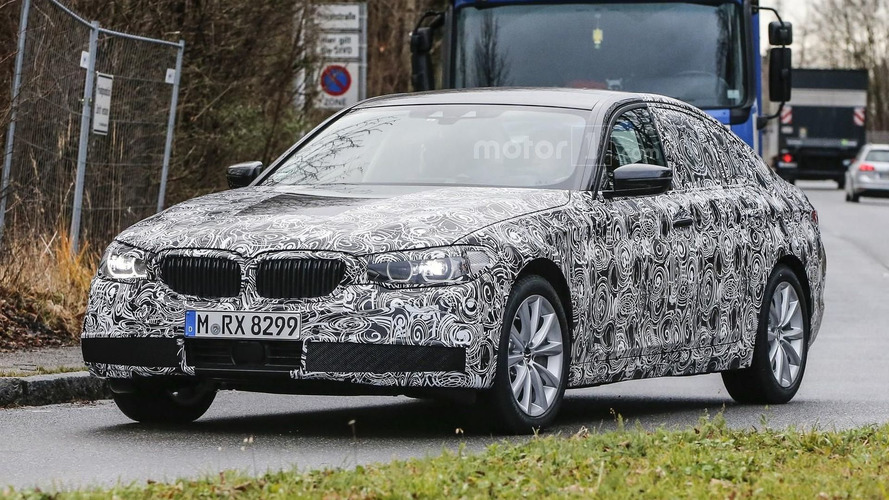 A handful of 2017 BMW 5 Series prototypes have been spied undergoing testing in Germany.

A handful of 2017 BMW 5 Series prototypes have been spied undergoing testing in Germany.

Set to battle the redesigned Mercedes E Class, the 5 Series has an evolutionary design that borrows a number of styling cues from the 7 Series.  The camouflage hides key details but we can see the model will have new headlights, a wider grille, and a less pronounced front bumper.  Moving further back, there's a familiar character line, a stylish dual exhaust system, and wraparound taillights.

Buyers looking for something more eco-friendly will reportedly be able to choose between two plug-in hybrid variants.  The entry-level model is expected to have a turbocharged four-cylinder engine and an electric motor that work together to produce a combined maximum output of approximately 280 hp.  There could also be a more powerful version which develops around 326 hp and has a 19 mile electric-only range.

Regardless of what's under the hood, the model should be more fuel efficient as it will ride on the same lightweight platform that underpins the 7 Series.  This change could enable the car to weigh approximately 220 pounds less than its predecessor.

The 2017 BMW 5 Series is expected to debut at the Paris Motor Show, so expect to learn more about the car closer to its debut in October.