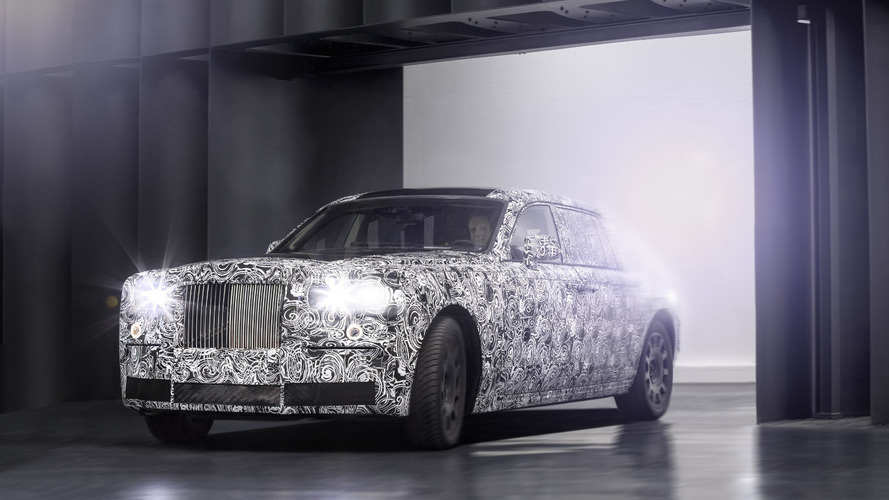 Rolls Royce is cutting our spy photographers some slack as the company has officially unveiled its new chassis testing mule.

Rolls-Royce is cutting our spy photographers some slack as the company has officially unveiled its new chassis testing mule.

Dressed in a Phantom body, the mule rides on the company's all-new aluminum space-frame architecture that will underpin all future models starting in early 2018.

The prototype has already entered the testing phase and Rolls-Royce says it will be assessed on public roads in various locations across the globe.  The initial testing phase will focus on ensuring the architecture delivers the company's trademark "magic-carpet ride" and is resilient enough to tackle extreme weather conditions.

The company declined to go into specifics but the platform was originally announced in early 2015.  It will underpin Rolls-Royce's first crossover which promises to have "exceptional presence, elegance, and purpose."  The model will compete with the Bentley Bentayga and could adopt the Cullinan moniker.

Technical details remain elusive but previous reports have suggested the crossover will be powered by a 6.75-liter V12 engine.  The model is also expected to borrow some components from the BMW X7 but nothing is official as of yet.

In a statement, Rolls-Royce CEO Torsten Müller-Ötvös said "This new architecture of pure luxury represents considerable investment in the future of our great brand.”  He also described the platform as the next step in the company's "luxury journey."