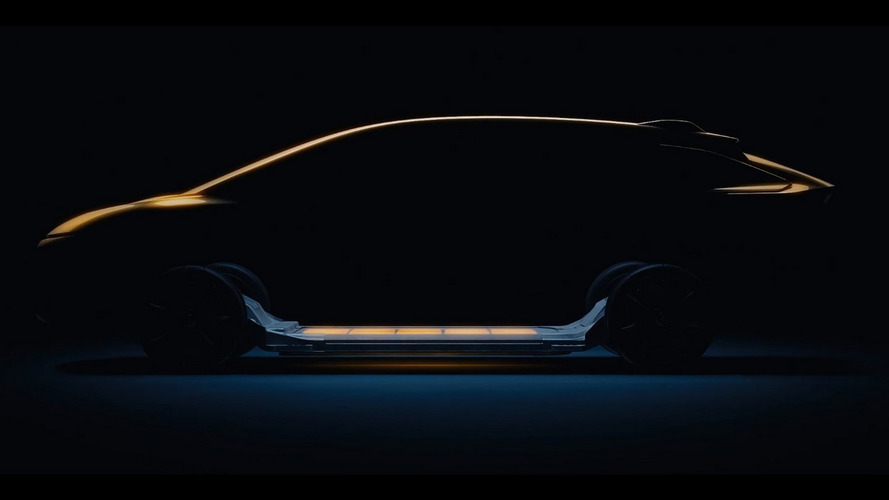 In one of the videos released today with the FFZERO1 concept, Faraday Future also showed the silhouette of an SUV that will likely be the company’s first production model.

In one of the videos released today with the FFZERO1 concept, Faraday Future also showed the silhouette of an SUV that will likely be the company’s first production model.

As pointed out by reader bojanb, at the 1:11 mark you will notice how the shape of the FFZERO1 race car morphs to become an SUV. It’s a known fact Faraday Future wants to go up against Tesla Motors and it seems the company is working on a Model X adversary if we were to rely on this teaser. To do that, Faraday Future will invest $1 billion to build a 900-acre production plant in North Las Vegas, Nevada, just a seven-hour drive from Tesla’s Gigafactory.

If everything goes according to plan, the all-electric SUV will allegedly go on sale next year and is believed to have a battery pack with a capacity of 98 kilowatt-hour. The FFZERO1 doesn’t actually say a lot about the upcoming production model, but we do know the concept rides on the Variable Platform Architecture (VPA) and the batteries sit in modular strings located centrally. It has four electric motors pushing out more than 1,000 horsepower ensuring a 0-60 miles per hour (0-96 kilometers per hour) run in less than three seconds.

Perhaps the company will reveal additional details about the production model this week at CES where it will show the FFZERO1 concept.

Note: Take the rumor about a possible 2017 launch with a pinch of salt, since the company doesn't even have a factory yet.

Special thanks go to bojanb for pointing out the subtle teaser!