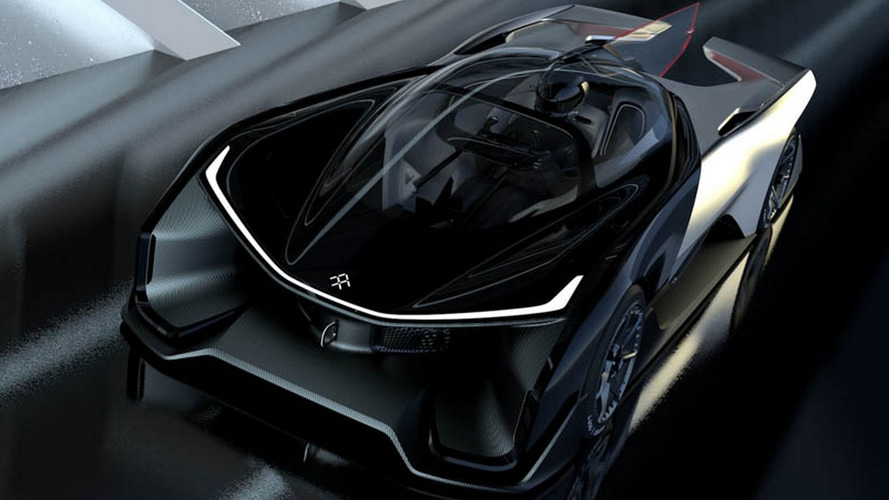 The Faraday Future FFZERO1 concept has received its official premiere, following a leak we posted several hours ago.

The Faraday Future FFZERO1 concept has received its official premiere, following a leak we posted several hours ago.

Looking worthy of being the next Batmobile, Faraday Future’s all-electric concept has been envisioned as a race car of the future and adopts a very sleek body “sculpted by aerodynamics.” It’s only a concept for now, but the company will eventually launch a competitor for Tesla and the FFZERO1 is just a sign of things to come.

There’s no word about the concept’s weight, but it must be very low taking into account the vehicle takes advantage of a carbon fiber and composite construction. This is a single-seater that appears as if it's one of those crazy Vision Gran Turismo concepts and Faraday Future tells us it comes with a high-tech racing suspension.

The projected specifications refer to four electric motors generating a combined output of more than 1,000 horsepower. This is enough electric muscle to enable a 0-60 mph (0-96 kph) run in less than three seconds and a 200-mph top speed. It rides on the company’s Variable Platform Architecture (VPA) and comes with centrally-positioned batteries arranged in modular strings.

As far as the interior is concerned, the driver sits at a 45-degree angle to improve blood circulation as well as comfort. He controls all of the car’s functions and features through a smartphone docked in the center of the steering wheel. Faraday Future says the FFZERO1 can run in a full autonomous mode, both on the roads and at the racetrack.

The concept will be displayed this week at 2016 CES in Las Vegas, so stay tuned for additional details and pics.