The new model year brings some updates to the three-row crossover.

In June, Subaru announced the 2023 Ascent with a small facelift and new features. Now, we have pricing for the entire Ascent lineup, and the MSRP starts at $33,895. Once the mandatory $1,225 destination charge is included, the total entry-level cost is $35,120.

At that price, you'll get the base Ascent with eight-passenger seating and a comfortable range of features like tri-zone climate control, a rear camera, 18-inch aluminum wheels, LED headlights, and no less than 19 cupholders throughout the interior. Subaru's EyeSight driver assist tech is also a standard-issue item, and on the Ascent, that includes the automaker's Wide-Angle Mono Camera. Further on the tech front, wireless Apple CarPlay and Android Auto are included. 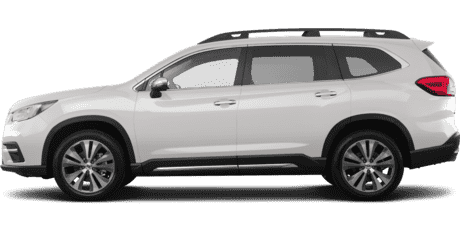 save over $3,400 on average off MSRP* on a new Subaru Ascent

Subaru offers the Ascent in six trim levels for 2023, including a new Onyx Edition that slots between Premium and Limited trims. Starting at $42,520, it offers two center-row seats instead of three for seven-passenger seating. You'll also get more standard equipment, including features like power heated seats for certain passengers, navigation, and 20-inch black wheels. It wears special Onyx badging and features black trim on the outside, and if you want more features, the Onyx is offered in Limited spec. You'll pay for it though, as the Onyx Limited starts at $47,520.

The Ascent Touring is the flagship of the line, slotting just above the Onyx Limited. Starting at $49,420, it's decked out with leather on the inside, exclusive black and satin chrome trim on the outside, and it's kitted out with surround view cameras, multimedia navigation, the Harman Kardon sound system, panoramic moonroof, and more.

Here's a complete breakdown of pricing for the 2023 Subaru Ascent. All prices include the aforementioned $1,225 destination charge.

The 2023 Subaru Ascent will reach dealerships in late 2022. In the meantime, hear more about the best cars of 2022 so far in the Rambling About Cars podcast, available below.